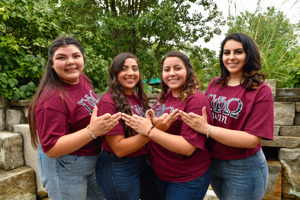 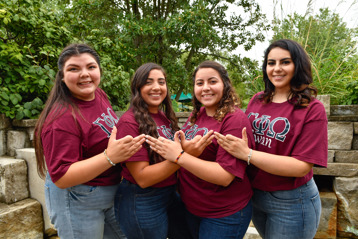 Lili Ayala ʼ19, marketing, explored traditional Panhellenic sorority recruitment as a sophomore. But when it came time to choose a chapter, she hadn’t found the perfect fit. “They kept saying, when you’re home, you’ll feel it,” Ayala recalls. So, instead of guessing what would work best, she decided to put sorority life on hold.

Two years later, Ayala is a founding member and president of USI’s first and only Latina-oriented sorority, Gamma Phi Omega International Sorority, Inc. “I never in a million years would have thought I’d be saying that I am a noble founder of a sorority on my campus,” she says.

That achievement wouldn’t have happened without USI’s Hispanic Student Union (HSU). There, Ayala connected with Kassie Santos ’21, communication studies, and bought in to her vision of bringing the sorority to campus. “More than anything, what was important was to provide a home for young ladies to feel empowered to be themselves and to be somewhere where they can practice their cultural identities,” Santos says. 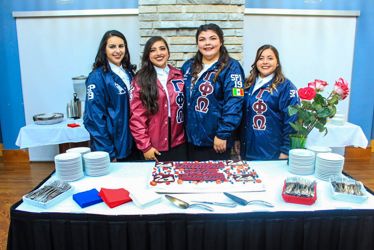 Gina Schmitz, international admissions coordinator and the sorority’s on campus advisor, remembers the day Santos came into her office to share her idea. “It was like, ‘This is what we’re missing,’” Schmitz says. “We’d just started the Lunes de Latinos visit program at the time to bring more Latino students on campus, so this was just the second part, something they can be involved in once they are here. They are amazing young women.”

With Schmitz’s support, the pair recruited fellow founders and first-generation college students Tanya Cervantes ʼ20, dental hygiene, and Jessica Carapia-Cortez ʼ22, social work, and got busy hosting academic and cultural events, completing service projects and traveling to meet and learn from other sorority members. It was during a visit with sisters in Indianapolis that Ayala knew she’d found the home she’d been looking for.

“As soon as I sat down, during the first conversation that we had, I got the feeling,” Ayala explains. “We’re able to just be ourselves and we never have to pretend to be somebody else.” 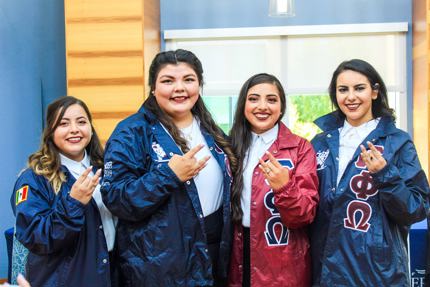 Though all four founders are from Indiana, their lives are rooted in Mexican heritage. “We have parents who speak Spanish and only Spanish, and it’s 100 percent Mexican culture within the household. But at the same time, we’re here [at USI] and we have to adopt the different culture. We just embrace the best of both worlds amongst ourselves,” explains Santos. “Being culturally diverse brings a lot of acceptance,” adds Carapia-Cortez.

But that doesn’t mean the sorority is only for Latinas.

“It’s Latina-oriented, not exclusive,” Cervantes explains. “The fact that we’re smaller, it just helps us build those connections, whether you are Latina or not,” adds Ayala. 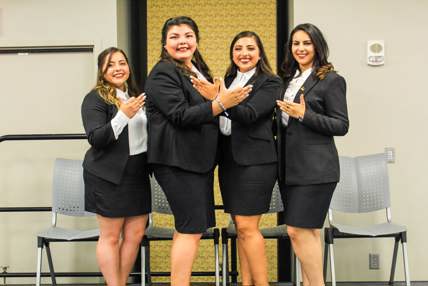 These women, now sisters, cherish the friendships they’ve developed while discovering and accepting who they are—and who they can be. “I found my place of belonging,” says Carapia-Cortez. “I was never outspoken. I was always the shy one in the group, and Gamma Phi Omega definitely empowered me to build up my confidence and let my voice out.”

Santos, too, unleashed her “inner roar,” gaining the strength and courage to leave an unhealthy relationship.

“They have empowered me to love myself and respect myself,” Santos says.

As they look to the future, that is exactly what they want to do for other women. “We get to leave a legacy for other young ladies. I can’t wait to come back 10 years down the road and see that they’re carrying on the work,” says Santos. “Gamma Phi Omega, to me, is life. Gamma Phi Omega is a lifetime commitment, and Gamma Phi Omega is something I will never regret.”

The USI Swans of Gamma Phi Omega International Sorority, Inc. celebrated their public ceremony in September and are interested in growing at USI. If you’d like to learn more, contact usi@gammaphiomega.org or connect on social media: 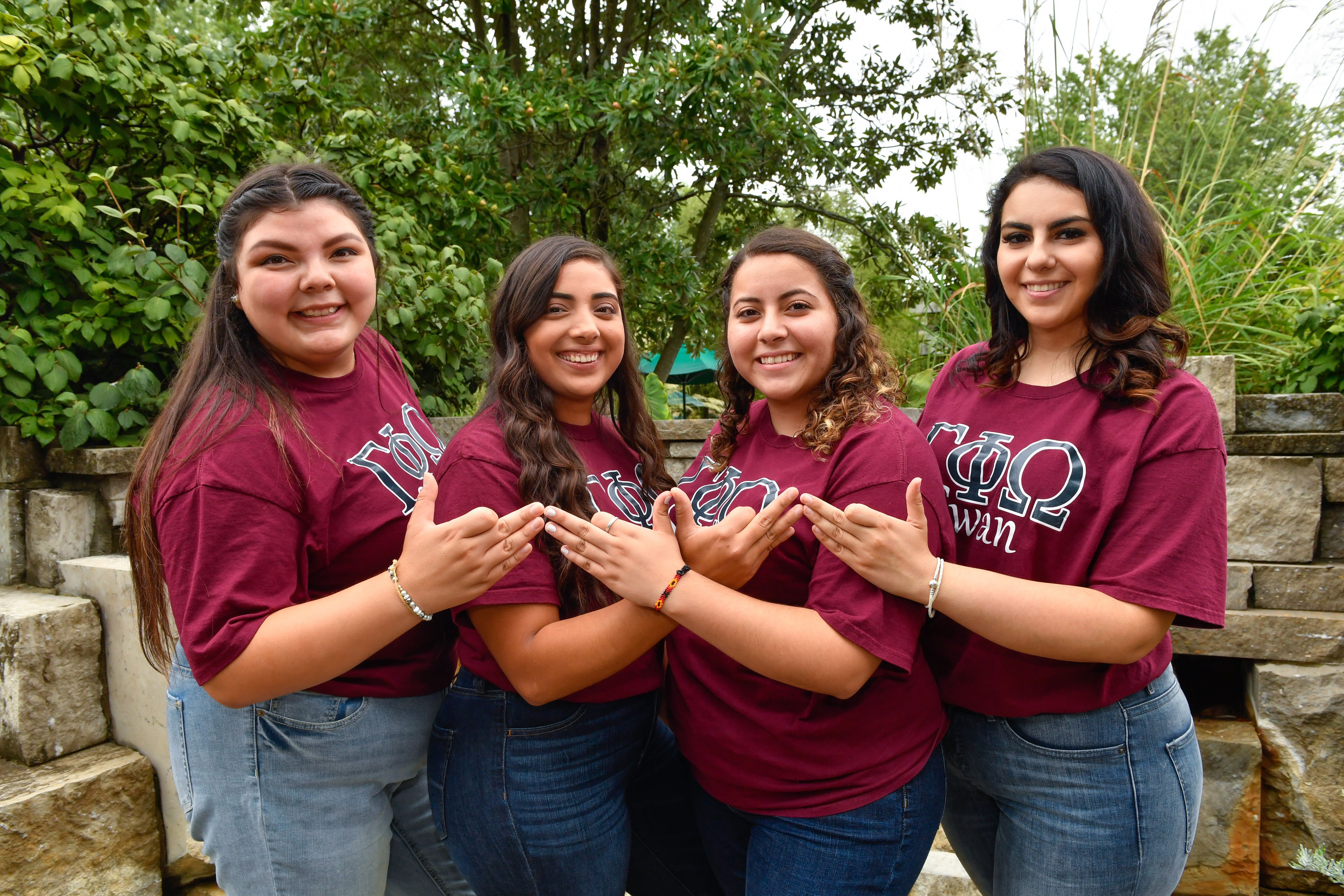