#USIGrad story: “Sky’s the limit” for mother of three

#USIGrad story: “Sky’s the limit” for mother of three 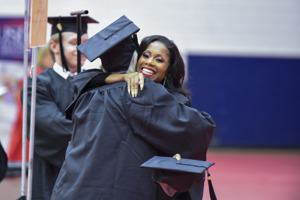 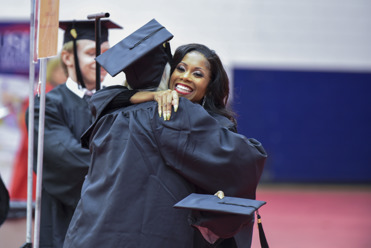 People whose mothers are addicted to drugs. People who grow up in foster care. People who are expelled from three high schools, get involved with the wrong people and end up pregnant at 19. Degrees aren’t meant for those people.

Most of her life, that’s what Tiffany Coles believed. “I had a bad childhood, and I just don’t see that for myself,” she told a friend who brought up the idea of college.

It seemed far-fetched. Impossible even. No one in her family had ever gone to college, let alone graduated.

Still, something about the suggestion stuck—and became the catalyst for change Coles desperately wanted.

At first, nothing happened. Coles, then in her mid-20s, visited USI and had some encouraging conversations. But despite the GED she’d earned, she still lacked the confidence to take the next step and apply. Two years passed before she decided to enroll—as a single mom of three, working full-time. 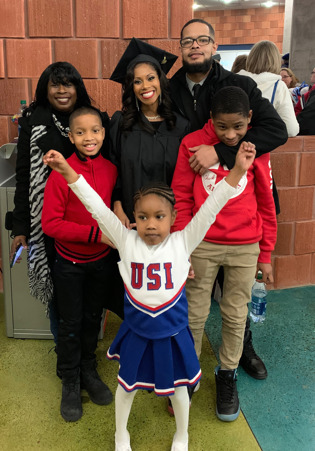 “Those first few years it wasn’t easy at all, but I just kept pushing through it because I really, really, really wanted this,” she says. “I didn’t want to live the life my mom lived, and I didn’t want my kids to ever get taken away from me.”

While working toward her bachelor’s degree in psychology and minor in social work, Coles often relied on USI’s Student Support Services. Former program director Heather Bauer and current director Aaron Pryor connected her with tutors, helped with assignments and offered the encouragement, structure and motivation that had been missing all her life. “I really needed someone who was familiar with me and my situation to give me that push, like, ‘Tiffany, yes, you’ve been through a lot, but you’re here now and you can do it.’ And he [Pryor] gave me that,” says Coles. “I feel like they were my guardian angels. They really guided me … I don’t think I could have made it without them.”

But Coles’ own “passionate persistence,” as Pryor puts it, may have been her greatest resource.

“Tiffany would be the first to admit that certain aspects of school did not come effortlessly to her, but what I admire the most about her is that she met every obstacle with her head held high, a smile on her face, a vision of the future in her eyes and words like ‘can’t’ and ‘won’t’ out of her vocabulary,” Pryor says.

With her mother and children there to watch, Coles reached the finish line of an emotional five-year journey Saturday at Commencement. “I just cried. I cried a lot. I cried before, I cried after,” she says. “It was extra beautiful for me because I look back at my life, and I’m just like, ‘Wow. Things could have been way different.’” 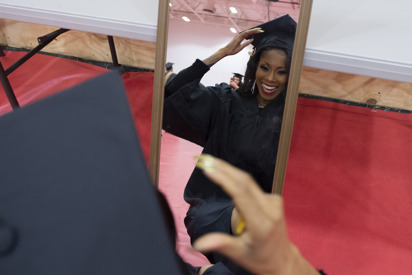 People who are mothers (and fathers). People who refuse to stop growing. People who go back for what they missed, get involved in their future and end up graduating at 33. Degrees are meant for those people.

“When you go to school and have a degree, you have something. That’s your ticket to a successful life. It’s your way to say, ‘Hey, I made it. Whatever I want to do, I can do it,’” Coles says. “I feel like the sky’s the limit for me right now.” 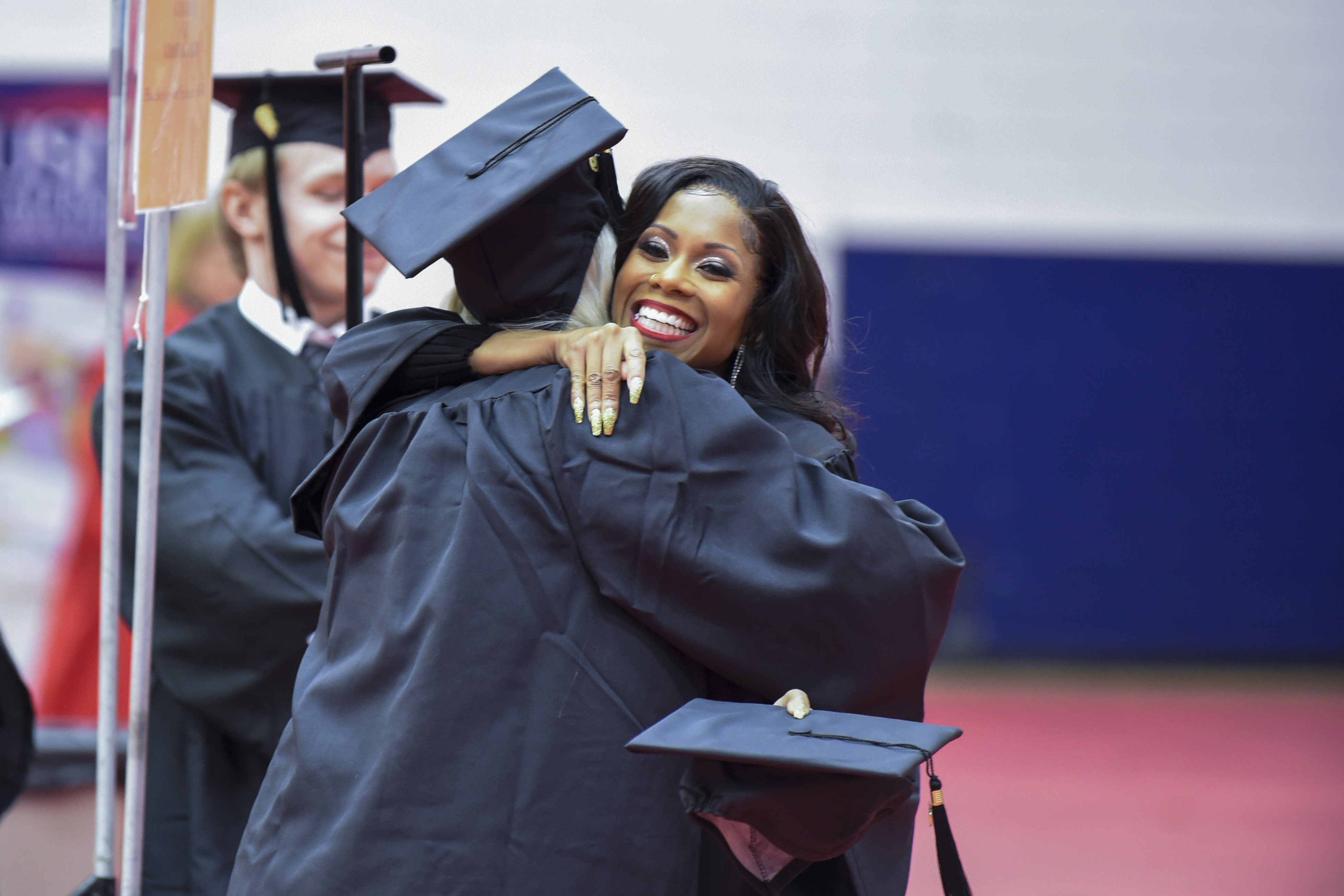