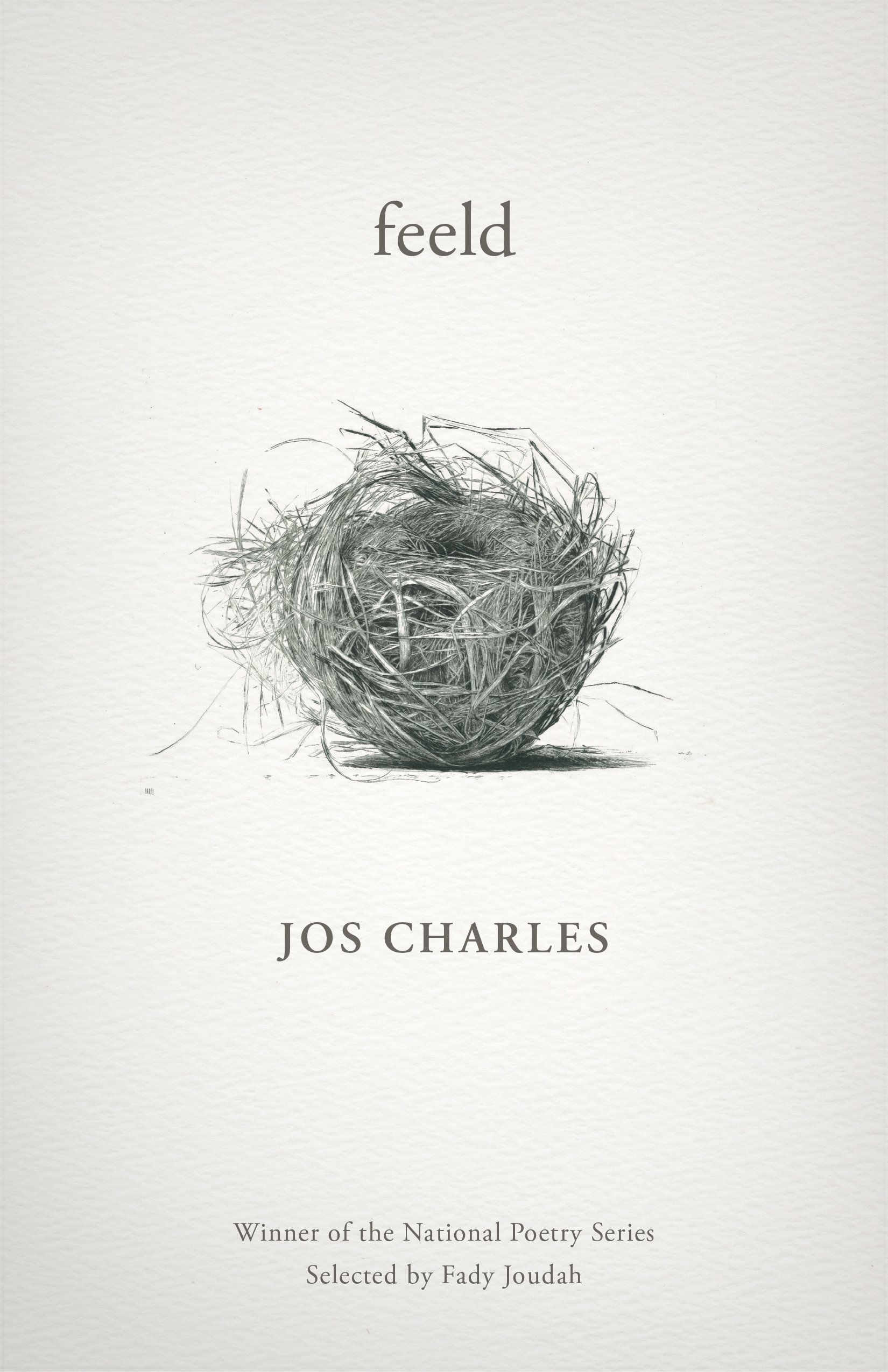 When I picked up Jos Charles’s feeld, I knew nothing about it, aside from the praise for it wafting through the poetry internet. I turned to the first poem and said to myself, “Wait, is the whole book going to be like this?” “Like this” being a Chaucerian spelling of English (you’d think the title would have given me a clue, but reader, I’m often oblivious). However, I try to be game when a book invites me to confront my own limitations and privileges as a reader and a person, so I pushed through my discomfort. I’m glad I did. The reading never got easy, the spelling never grew familiar, the work always effortful; of course, that is Charles’s point. As a trans writer, writing a trans experience, Charles contends, through this masterful, strange, and intelligent collection, that any language that is not transformative, not revolutionary, not calling attention to itself as an act of defiance and beauty, falls short. feeld refuses to be anything but its own invention of itself.

Highly lyrical, the poems—which arguably are one poem, broken into 60 parts—do not trace a clear narrative, relying on repeated motifs to ground the reader. Throughout the collection horse(s) (“hors”), trees (“treees”), gardens (“guardens”), fields (“feelds”), bird suits (“bird soots”) and “feemale depositrie rooms” (bathrooms?) appear. Still, even these repetitions are destabilizing, as the alternative spellings multiply meaning; this multiplication is further complicated by the fact that some of Charles’s alternative spellings can be found as headwords in the University of Michigan’s online Middle English dictionary while others cannot. In this way, she creates a hybrid transliteration of English, implementing spelling patterns from Middle English in new ways to refashion our relationship to language and meaning.

In the first poem (“I.”) the speaker is “a hors / i am sadeld /    i am a brokn hors.” While a “hors” was an alternate spelling of “horse” in Middle English, it also worked as an adjective meaning “large, coarse.”  Furthermore, while the etymologies of “horse” and “whore” are not linked, older spellings of “whore” often omitted the “w” according to the Oxford English Dictionary (“Late Old English hóre , corresponding to (Middle) Low German hóre”). Thus, “hors” not only ferries a coarseness within it, but also “whores,” drawing attention to the problems of naming, gender, and sexuality at the heart of this collection: what we identify ourselves as is not necessarily what the world assigns us; all language is coarse in its attempts to limn reality. Rather than resist this friction, Charles develops an aesthetic that flourishes in this interstitial space.

In section “L.” the speaker expands on this notion: “noting is / equivalent / 2 / itself / inn this citie / a tran is herd / onlie as interchange.” The use of “tran” here as a signifier of a trans-person utilizes the history of the word as an alternate spelling for “train,” which has transported many meanings within it through the centuries. One obsolete definition—in use from 1390-1831—is “treachery, guile, deceit, trickery; prevarication” (OED). Another concurrent meaning indicates a stratagem or false story; of course a “train” has come to be known as a means of transport, of transportation. The word holds within it destabilization and movement: a deep illegibility.  Furthermore, if a “tran” is he(a)rd, is that identity somehow collective as well as an interchange? To be trans then, a kind of quantum physics, to be wave and particle at once? A partial answer emerges in poem “XX.” when Charles writes “if the hors knew / the feeld from its bit.” Knowing the expanse of the “feeld” from the metal of a “bit” suggests part of the problem of identifying and articulating trans experience is that trauma is rooted in it; it is disrupting a patriarchal, gender-normed system, and in doing so reveals the system’s deep, riven flaws—thus to stand in the freedom of the “feeld” is also to be aware of the power of the “bit.”

While feeld plays with language, “playful” is not a word I would use to describe it. Rather it is, as Charles states in “XXVIII.,” a “gashe inn that sintacks.” This poetry is more wound than play, as Charles deconstructs then reconstructs language to make space for a life that so often is unseen or mis-seen. As in “XLI.,”

stop caling me he

departure is central to a trans life, as loss is fundamental to departure: one departs from an ill-fitting identity and ventures into a new one; as this venture is always unfolding; as it is that sometimes “the bit provydes / its hors” (“LV.”). To pin down every fold of Charles’s collection, every nuance of image and syntax would be an impossible translation; feeld is meant to be ineffable as much as it is also heartbroken, provocative, and inquisitive. It is a philosophy text wrapped inside queer theory distilled into an epic-lyrical poem.

While reading this book felt like reading a book in a mirror at times, that is the point: to be cis is to be privileged with an alignment of self and body, is to be (or at least to be presumed to be) readable. A knowable text. What feeld reveals is that familiarity is a con, a catch, a faulty presumption: the minute we think we’ve got something pinned down, it turns into a wave—from our sense of self to our sense of others, to our very ideas of what a poem can be.