2013 Volunteers and Mentor of the Year named

2013 Volunteers and Mentor of the Year named 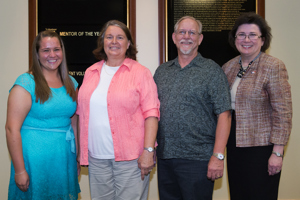 Members of the USI community contributed a record-breaking 137,000 volunteer hours in the 2012-2013 year. Sherri Miller, assistant director in Alumni and Volunteer services announced that number during the 16th Annual Volunteer Recognition Dinner, and thanked the many volunteers for “continually showing the power of giving.”

The number of student volunteers has grown tremendously over the past few years, and the board wanted to do more to recognize their efforts, Miller said. The board also recognized the distinction between volunteering and mentoring, as well as the importance of each to the University. The mentor award acknowledged those “who developed our students in their area of study,” she said.

Dr. James Dippel was recognized as the 2013 Volunteer of the Year, an honor that came as a surprise to him. “I was shocked and humbled to win it, and it will always be very special to me,” he said. Dippel has played a key role in Varsity Club events and has served on the Varsity Club Board of Directors since 2001. “If Jim is not working at one of our events, he is busy promoting it or participating in it. He is truly instrumental in the success of some of our biggest fundraisers,” shared Mandi Fulton, USI coordinator of athletics outreach and events.”

Breanna Hutchinson, a senior majoring in communication studies, was the recipient of the 2013 Student Volunteer of Year Award. “Volunteering has always been a big part of my life, so for me, it’s not something I do to gain recognition. It is just part of who I am,” said Hutchinson. She began volunteering as a USI Student Ambassador and later signed on as an Executive Board member, training others as new ambassadors. Hutchinson devoted more than 125 hours to the program over the past year. “Bre is one of the most selfless people I’ve ever met. She is such a positive influence and a great role model for others. She even inspires me to work harder,” said Koryn Parsons, USI senior admissions counselor and advisor to the Student Ambassadors.

Kyle Ellis, USI nursing preceptor, was named the Mentor of the Year. She dedicates 192 hours per student to educate and prepare them for their entrance into the workforce. Dr. Jennifer Titzer, assistant professor of nursing, said of Ellis, “She is patient and nurturing with students, helping them to transition from novice practitioners to competent professionals.”

The Recognition Dinner is held each fall for those who have completed 20 or more cumulative volunteer hours over the prior USI fiscal year. The USI volunteer program began in 1996, and has since documented more than 1.3 million hours donated. To learn more about volunteer opportunities, visit: www.usi.edu/volunteer/. ♦ 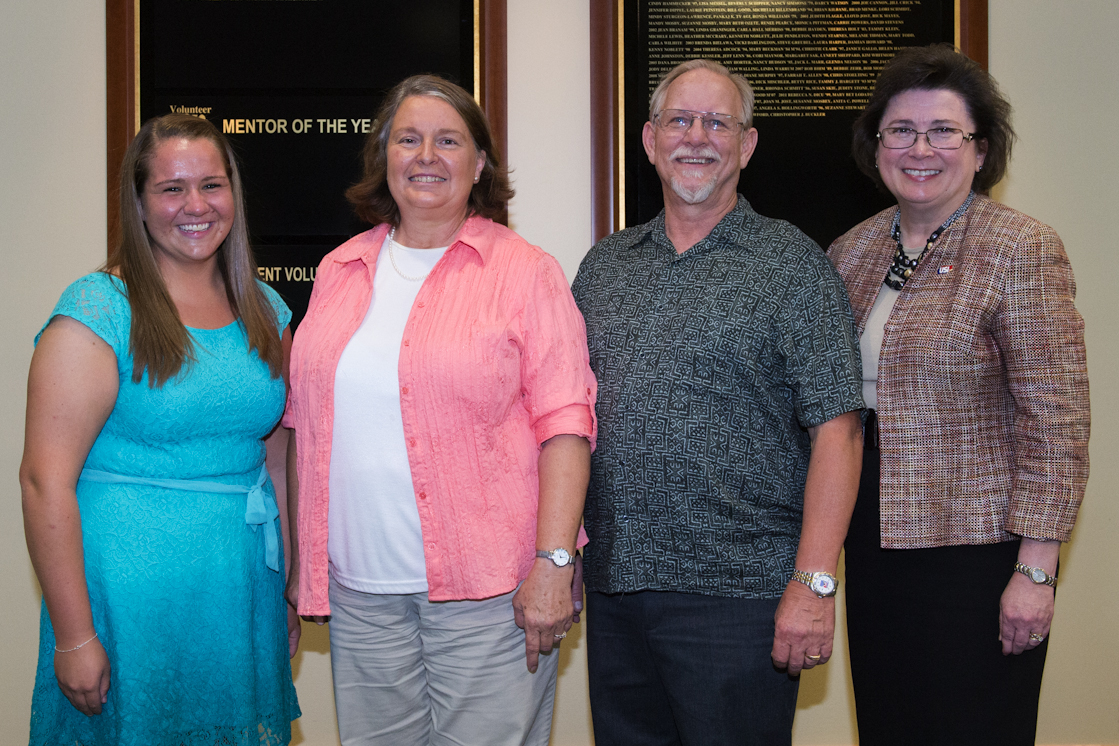