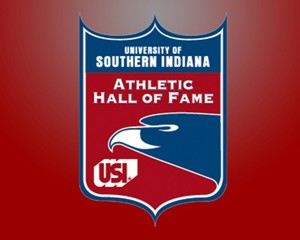 Any Screaming Eagles fan was eligible to nominate student athletes or teams on the 10th anniversary of their last season of competition, or a coach/administrator who has been separated from the Department of Athletics for two years. Special individuals (e.g., Varsity Club members) also were eligible for nominations as well.

"I continue to be amazed by the amount of outstanding student-athletes and coaches this young University has had," said USI Director of Athletics Jon Mark Hall. "The Class of 2014 truly represents our growing tradition here at USI. The six individuals and one team that will be honored in February are truly worthy of this extraordinary honor. I know that the entire USI community is proud of this class and what it accomplished while at USI."

Plans are underway for the induction ceremony on the evening of February 14.

Kim Boehmer Coffman '04, Volleyball 2000-03: Boehmer Coffman was a four-year starter on the volleyball team, finishing her career as the season and career record holder in assists. She also remains 10th all-time in digs. Boehmer was a 2003 AVCA All-American, the first in the history of the USI volleyball program; three-time All-Region (2 Daktronics, 2 AVCA); four-time All-GLVC; and the 2000 GLVC Freshman of the Year. The Eagles made it to their first GLVC title in 2002; the GLVC Championship match all four seasons; and the program's first appearance in the NCAA Division II Tournament in 2002.

Matt Vince '94, Baseball 1992-94: Vince is a former All-American and three-time All-GLVC performer who helped lead the Eagles to back-to-back 40-win seasons and to the final game of the 1992 NCAA II North Central Regional. He also was a three-time Academic All-GLVC student athlete and a two-time All-Region performer. Vince ranks first all-time in stolen bases; third all-time in career runs; and seventh all-time in career hits. He also holds the single-season record for hits and the single-game record for hits and runs in a game. Vince was member of three NCAA II Tournament teams (1992, 1993, 1994) and the 1993 GLVC title team.

Gary Redman '75 Baseball 1974-75; Head Coach Baseball 1988-93: Redman led the Screaming Eagles' baseball team to the most successful seasons in the history of the program to that point. Under his direction, the Eagles earned three NCAA Division II Tournament berths; reached the NCAA Division II Regional finals in 1992; and four appearances in the GLVC Tournament, winning the regular season and tournament in 1993. USI also hosted its first-ever NCAA II Regional (1992) at the USI Baseball Field during his tenure. The 1993 GLVC Coach of the Year held onto the best winning-percentage of all the baseball coaches until 2007 and his 1992 and 1993 teams were the first to win 40 games back-to-back. The number-seven ranking during 1993 was the highest in USI baseball history until 2007. Redman also has the distinction of becoming the first USI student athlete to become a USI Head Coach.

1968-69 Men's Basketball Team: The first team in any sport to officially represent USI. Athletes on this team had the same drive, dedication, and pride in representing their University as the current teams. They are the pioneers of athletics for the University of Southern Indiana. 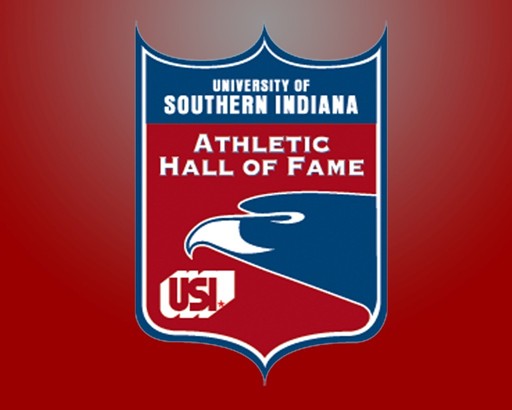