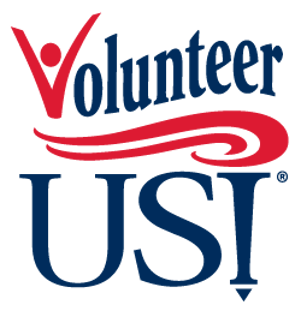 Members of Volunteer USI, the University of Southern Indiana’s volunteer organization, celebrated another successful year their annual recognition dinner on August 29. Volunteers contributed a total of 197,778 hours during the 2016-17 fiscal year. This is up nearly 70,000 hours from last year.

Student Volunteers of the Year

Tim Luczack, a senior Public Relations and Advertising major from Zionsville, was recognized as the 2017 Undergraduate Student Volunteer of the Year. Luczack serves in many student and professional organizations including AMIGOs, Honors Student Council and Student Ambassadors. He has given more than 240 volunteer hours during his time at USI. “Tim has a heart that just keeps on giving. He is generous with his time and does whatever he can to help regardless of his personal schedule,” said Koryn Parsons, Assistant Director of USI office of Admissions. “Tim is someone our organization can always count on for help and we are so grateful for his generosity.”

Chaze Patrick, a graduate student in the Masters of Public Affairs program, was recognized as the 2017 Graduate Student Volunteer of the Year. Patrick, originally from Chicago, is involved with the Student Veterans Association, Ronald McDonald House and Historic New Harmony. He has volunteered at countless USI events including Spruce Up, Heritage Artisans Day and Global Crossroads in New Harmony. “Chaze often sacrifices most of his free time to volunteer with student groups, the USI and Evansville community,” said Erin McCracken Merris, Community Engagement Manager of Historic New Harmony. “Chaze is always trying to better USI and is a true champion for the University.”

Mentor of the Year

The 2017 Mentor of the Year award winner is Dr. Srikanth Dandotkar, a USI professor of Psychology. Dandotkar formed a group of students known as the “Knowers and Thinkers.” He has devoted countless hours and other resources to help students further their abilities to recognize information and critically think about research as well as the future.

Dandotkar was nominated by a group of USI students who said “he is selfless, devoted and despite other commitments, he always makes sure to give us the time we need to be successful in and out of the classroom. He gave us the confidence to be successful and for that we will always be grateful.”

Volunteer of the Year

“Generous, dedicated and active supporters of USI are just a few words used to describe the 2017 Volunteer of the Year award recipients, Don and Mary Jo ’81 ’Musgrave. Since 1984, Don and Mary Jo have supported student athletes through the Varsity Club and have been season ticket holders of USI basketball for 22 years. Always active in the Varsity Club Fall Festival Booth, as well as welcoming new students and their families during Welcome Week, the Musgraves' impact is far reaching.

Don and Mary Jo play a major role in Volunteer USI's biggest event of the year, Spruce Up, a volunteer effort to beautify the campus in preparation for commencement. It is not uncommon to find Don driving around campus spraying weeds while taking time to interact with students, faculty and staff. In spring 2017, Don spent over 200 hours caring for USI. “Throughout the year, you can find the Musgraves treating USI as their own backyard by planting flowers, spreading mulch and spraying or pulling weeds,” said Andrea Gentry, associate director of the USI Foundation and Miles Mann, assistant director of USI Facility Operations. “They are advocates for the University - always sharing the USI story with friends and community members, and their impact will be felt for years to come.” 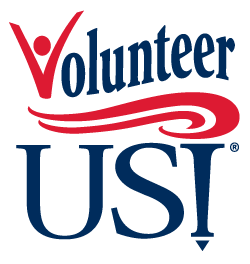