The University of Southern Indiana was commended for its successful relationship with Naval Surface Warfare Center, Crane Division (NSWC Crane) at a briefing hosted by the Office of Vice President Mike Pence on Wednesday, September 27 in the Eisenhower Executive Office Building in Washington, D.C.

The purpose of the briefing – which included NSWC Crane Technical Director, Dr. Brett Seidle, Indiana Chief Innovation Officer, Dave Roberts, and other key partners – was to highlight the regional innovation model that has emerged in the Midwest.

NSWC Crane presented an update to the Office of the Vice President and the Office of Science and Technology Policy on the innovation ecosystem developed in southern Indiana. USI’s role in developing the Innovation Discovery process and the Technology Commercialization Academy were highlighted as key reasons behind NSWC Crane’s success story.

“USI has been and simply continues to be a valued partner as we work collectively to advance our region,” said Kyle Werner, director of engagement at NSWC Crane.

Additionally, USI was commissioned by the Indiana Office of Defense Development to conduct a study and present an implementation plan for an Innovation Practice within and around NSWC Crane. The IODD, which focuses on growing Indiana’s defense sector by promoting the defense assets located within the state, supports the innovation ecosystem by assisting in the commercialization of DoD intellectual property (IP) and assets, creating additional high quality jobs for Indiana.

Led by the Indiana Governor’s Office, a culture of innovation has been formed with NSWC Crane as a key technology driver in partnership with major regional universities and industry. During Vice President Mike Pence’s tenure as the Governor of Indiana, the state committed investments of $1 billion over the next decade toward innovation and entrepreneurship.

The goal of Wednesday’s briefing was to examine success factors and communicate lessons learned from the public-private effort to stimulate regional economic growth, and to explore whether the southwestern Indiana regional innovation effort could be a model for other federal laboratories to follow. 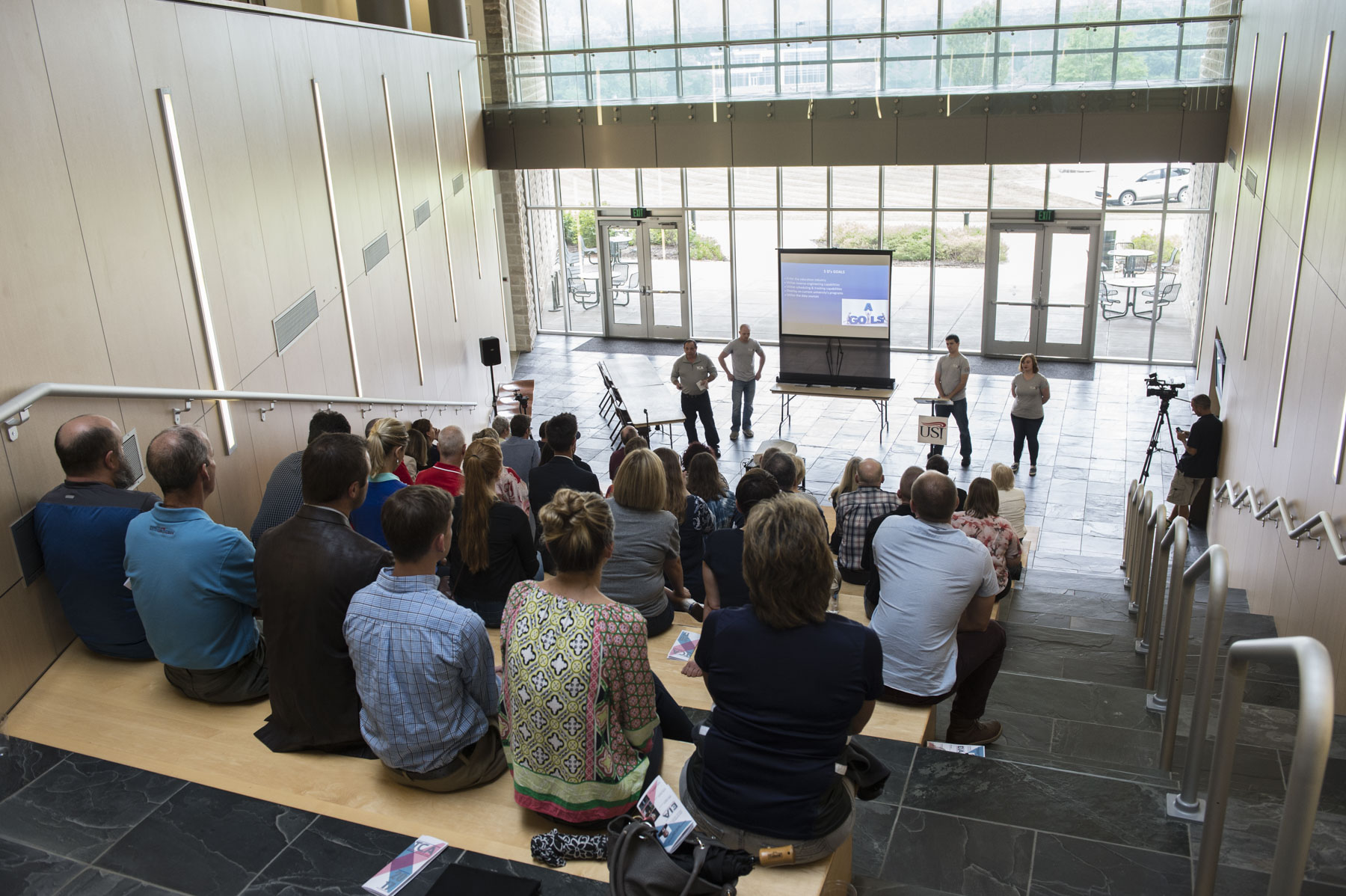 Audience members hear presentations from the Technology Commercialization Academy participants, a program developed in part through a partnership between USI and NSWC Crane