The concept of home can take many forms, whether it the place we hang our hat after a day’s work, a popular hangout surrounded by friends that we call a second home or the places we lived in the past that helped to shape who we are now. Matthew Graham, professor of English, explored this theme and its many definitions in his upcoming book of poetry, The Geography of Home. “I think we all have a kind of love/hate relationship with home,” said Graham. “There’s something comforting about it, but is also something you want to get away from. I think that’s why we keep establishing new homes.”

The poems provide a chronological, and at times, autobiographical account of Graham’s interpretation of home throughout his life. Born and raised in upstate New York, he takes inspiration from his early home in the section “Then.” But he digs even further back to an ancestral home and an homage to his English and Irish heritage, sprinkling Gaelic throughout his work. Throughout the book Graham also explores abstract concepts of home and the thought of loved ones and friends as a type of home.

He continues the exploration of home with consideration of short-term homes he has stayed during his travels abroad in the section “Away.” “Also in that section I channel some writers I’ve had a love/hate relationship with including James Joyce, W. B. Yeats, Walt Whitman, Carl Sandberg and Willa Cather,” said Graham.

The third and final section, “And Then” brings the reader to present and future days and introduces the theme of time passing, growing older and bleak thought of the grave as a final home. “We’re surrounded by time yet we’re not that aware of it until something strikes you,” he said. “Things change, people and places changes. And after a while you realize you’ve lived a long time. The past becomes bigger and bigger as you get older.”

The Geography of Home marks Graham’s fourth published book of poetry and is due to be published in March 2019 by Gallieo Press. His other books, New World Architecture, 1946 and A World Without End are available for purchase online and in the University Campus Store.

His poems have also been published in many journals and anthologies including Indiana Review, Missouri Review, The Antioch Review and Harvard Magazine, among others. He was the recipient of awards and fellowships from the Academy of American Poets, Indiana Arts Council, Maryland State First Book Award, Vermont Artist Studio and Pushcart Prize.

He has served as a visiting instructor at the University of Osnabruck in Osnabruck, Germany and as a visiting instructor/writer-in-residence at Harlaxton College in Gratham, England. He is the cofounder of the RopeWalk Writers Retreat, founder of the Southern Indiana Visiting Writers Series, as well as cofounder and original poetry editor of the Southern Indiana Review. 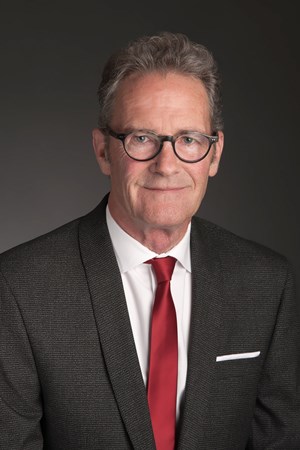