The University of Southern Indiana will host productions of several plays from the contemporary theater of Spain from Wednesday, October 10 through Friday, October 12 in various locations throughout historic New Harmony, Indiana. All performances will be free and open to the public as space permits.

Performances that are open to the public include:

These performances are part of the inaugural New Harmony International Conference on Contemporary Spanish Theater, a three-day scholarly conference combining paper presentations and theatrical performances produced by local, regional, national, and international participants. More information about the conference, including the full program, can be found on the USI website at usi.edu/liberal-arts/world-languages/new-harmony-spanish-conference/. For more information about the conference or any of the performances, contact Hitchcock at dhitchcoc@usi.edu or 812-461-5380. 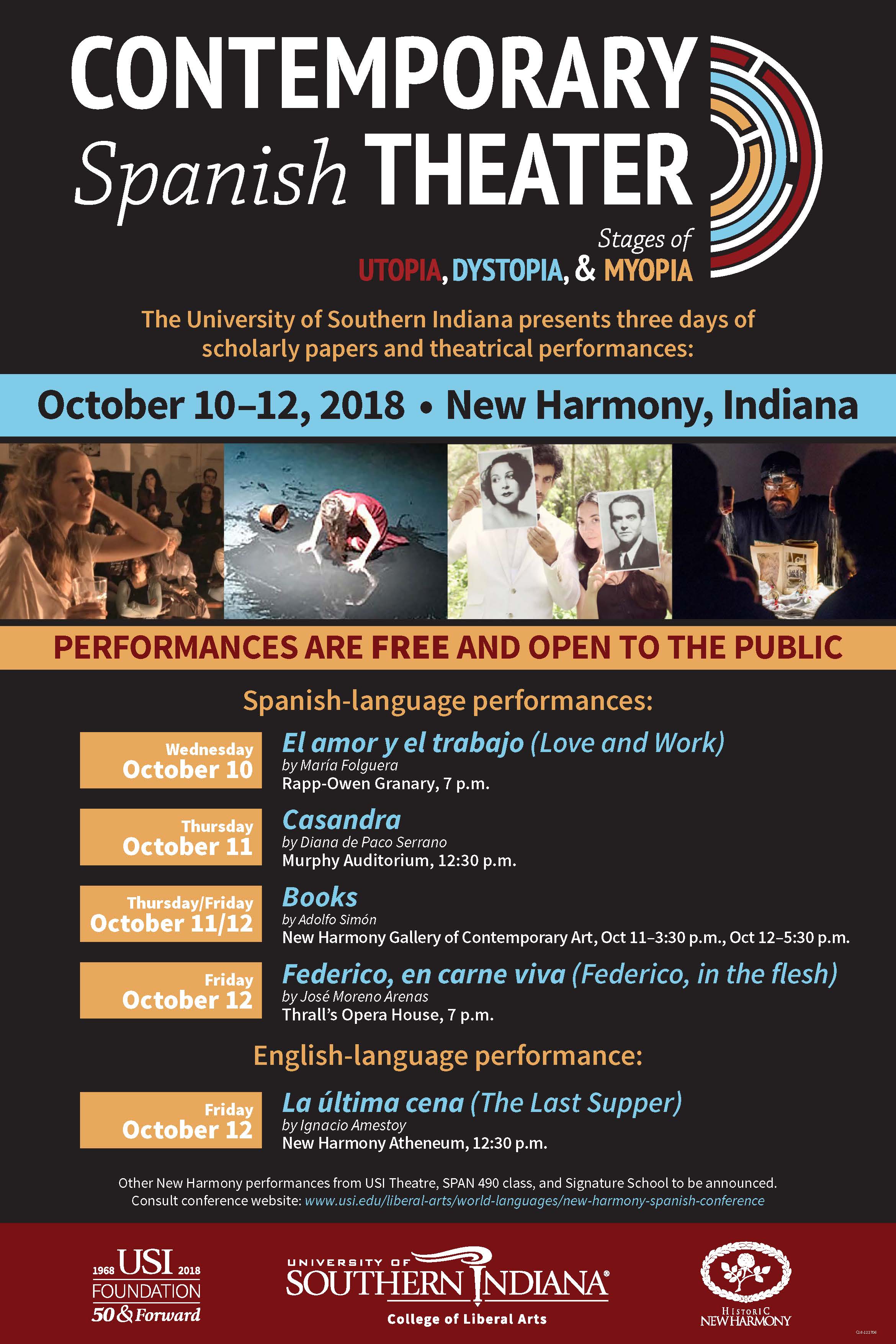