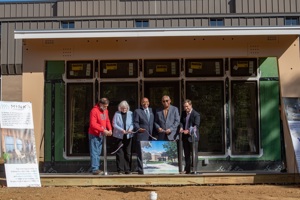 The University of Southern Indiana unveiled a unique, prefabricated Minka house at a ribbon cutting on Wednesday, October 24. The dwelling, one of the first of its kind, was built on campus in less than a week and designed by nationally-renowned aging expert Dr. Bill Thomas. The Minka was designed using universal design accessibility and advanced manufacturing technology and will serve as a model house and simulation lab for USI students across multiple disciplines.

The model house is the culmination of a year-long pilot project titled Multi-Ability, multi-Generational, Inclusive Community (MAGIC) and is being funded by USI, the USI Foundation and supported by AARP (formerly known as the American Association of Retired Persons), which has worked with Thomas previously on projects related to aging.

The MAGIC project has included collaboration with USI faculty and community partners, an undergraduate course in participatory design and construction of the model house.

“This Minka house represents history in the making,” said Dr. Ann White, dean of USI’s College of Nursing and Health Professions. “This exciting pilot project is bringing together a variety of academic disciplines on our campus to work with Dr. Thomas and our community in innovative ways. USI is proud to be a leader in exploring new approaches and solutions to the broader societal issues of aging and independent living for all people.”

Minka is a prefabricated housing system created by Dr. Thomas and designed in collaboration with Denmark-based AGJ Architects to create a globally-affordable housing platform that can be adapted to meet the needs of people of different ages and abilities. Minka stems from a Japanese term meaning “house of the people,” and was traditionally used to refer to the dwelling of farmers, artisans and merchants.

Thomas’ Minka is designed to maximize independence and well-being through the application of smart-house technology and universal design accessibility. The pilot Minka unit, located on the USI campus, will serve as an educational environment to drive innovation for future design and functionality of similar units.

“For far too long the field of aging has focused exclusively on decline and disability,” said Thomas. “The USI model Minka will function as a laboratory that will help students and faculty explore new approaches to protecting and extending the independence of older people. The Minka and the MAGIC project will contribute important insights to the field of aging in the coming decades.”

Thomas first came to the USI campus as part of the University’s Mid-America Institute on Aging and Wellness conference in 2011. He returned as the keynote speaker for the conference in 2017. Over this time, his relationship with the University has grown. Thomas was particularly taken by the culture of the University and wanted to find ways to bring the message of his ChangingAging Tour to the campus and the community, which he did in late 2017. Talks with key University administrators continued, culminating in the current partnership and pilot project. Discussions are continuing to explore what possibilities exist for collaboration beyond the Minka pilot project.

The Minka project received several in-kind donations including all furniture supplied by Value City Furniture of Evansville; kitchen design work at no cost by Pro Source of Evansville, as well as kitchen cabinets, kitchen tile, house floor, bathroom tile and bathroom cabinets at cost; and appliances at cost from Wayne’s Appliance of Evansville. 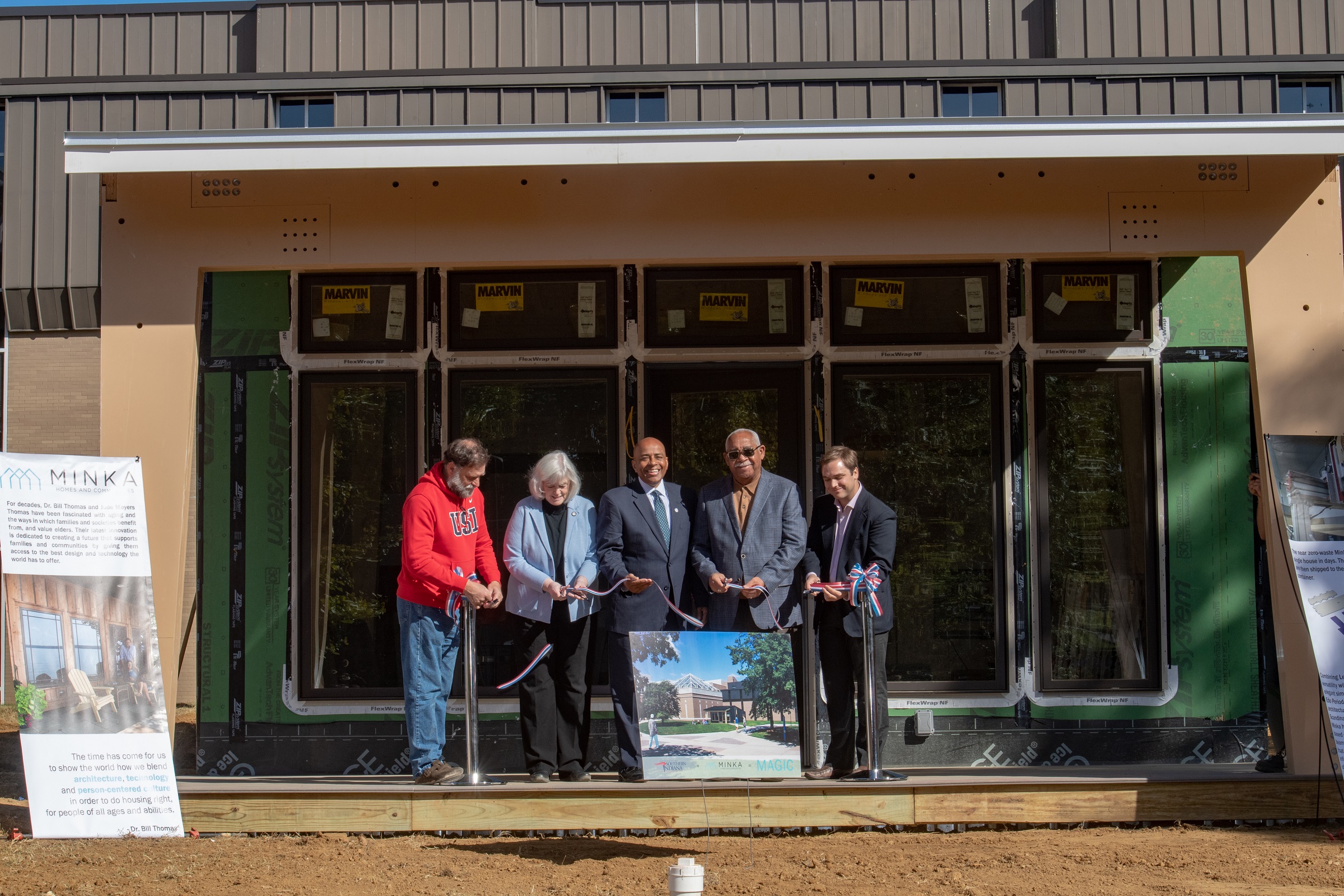