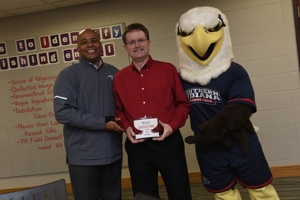 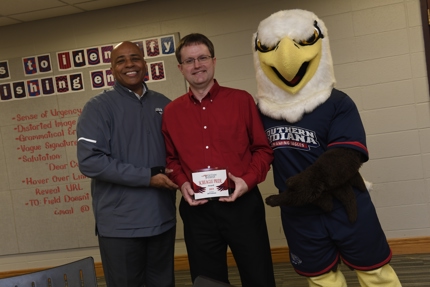 Jeff Sickman, controller and assistant treasurer, was prepared for a serious meeting with his boss. He was not prepared, however, for what happened when Steve Bridges, vice president for finance and administration, instead coaxed him out of his office and down the Orr Center lower level hallway Friday morning.

“He said, ‘I want to show you something.’ I thought something was broken, I didn’t know,” said Sickman.

“There’s nothing outside the bounds for Jeff. If he sees an issue or problem—it doesn’t matter whether it’s his job or somebody else’s—he does whatever’s required to make USI better,” Bridges said.

Which is why President Rochon, Archie and dozens of Sickman’s co-workers showed up to surprise him with USI’s third annual Screagle Pride Award, an honor presented to a faculty or staff member who embodies the spirit of USI and goes above and beyond for the University. “His ability to work with faculty and staff across campus has been unmatched,” Rochon told the group. “He cares about this institution. He cares about the well-being of all of us.”

Sickman’s nominator has felt that personally. “Every interaction I have had with him has been extremely positive,” the nominator wrote. “Jeff is an excellent communicator. He is positive about how to solve problems, and he cares to make things better for students, employees and USI overall. There is always a genuine, realistic and hopeful outlook to even a difficult problem when Jeff is involved.” 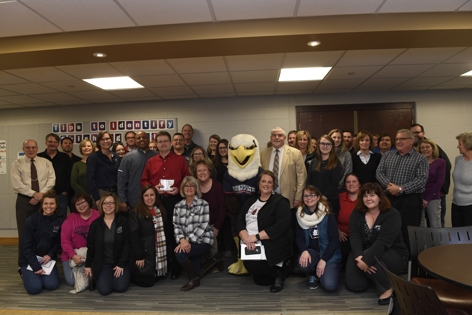 “Very few people know all he’s touched at USI because a lot of what he’s done is behind the scenes,” added Bridges. “They enjoy the fruits of that, but they don’t know all the effort that he put into it. This is something he’s deserved for a long time.”

Now in his 25th year as a USI employee, Sickman has devoted his career—and much of his life—to his alma mater. “I like the work I do. I love my job. I think what we do in our office is meaningful in trying to help students attain their educational goals,” Sickman said.

“He is the hardest working person I’ve ever met, and it is because he cares about this place so much,” explained Jina Platts, assistant controller, and a long-time friend and colleague. “He is all about the whole team, the whole office—and he always has been.”

That message came through loud and clear as Sickman used his moment in the spotlight to recognize those who came to congratulate him. “This is a group effort. Nothing about this is about me; it’s about us,” he told them. “That’s what it’s always been about, and as long as I’m here, that’s what it’s going to be about.”

The winner of the Screagle Pride Award was selected by members of USI’s Elevating Spirit Committee, based upon nominations from University employees. 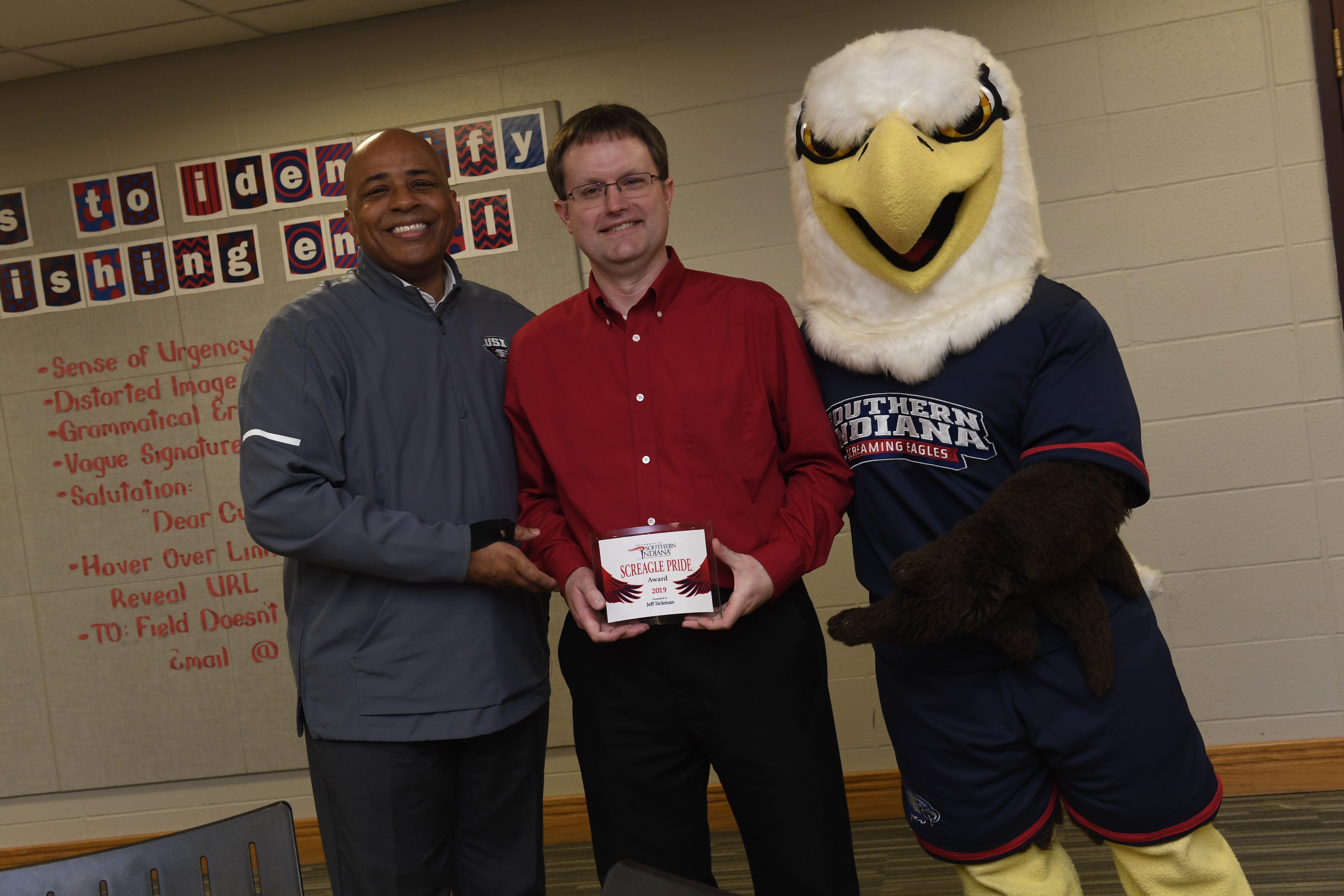