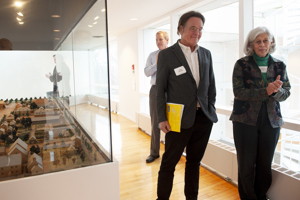 The gifts allowed for much needed upgrades and continued facility preservation and to ensure the Atheneum remains a vibrant part of New Harmony's landscape for many more years to come.

The following spaces and donors were recognized:

Gallery III generously funded by the Elliott Family; this gift is presented in memory of Jane Hickam Grizzell on behalf of her children, Susie Guerra, John Grizzell and Betsy Hopkins

The Atheneum, completed in 1979, is an internationally celebrated and award-winning example of modern architecture. Notable for its light and clean spaces, the Atheneum was a breakthrough commission in Richard Meier’s career. It was his first major commission and the model and architectural drawings are now part of the permanent architecture collection at New York’s Museum of Modern Art.

Construction on the building began in 1975 and was completed in 1979. The structure is clad in white porcelain panels and glass attached to a steel frame. The iconic New Harmony building has received numerous design awards, including the Progressive Architecture Award for 1979, the American Institute of Architects Award in 1982, and the Twenty-five Year Award in 2008.

A celebration of the 40th anniversary of the Atheneum was held in October with a series of events, including a town wide panel discussion, an academic speaker series featuring prominent architecture representatives from around the globe, and a gala and after party.  The speaker series received underwriting support from Hafer.

“The Historic New Harmony Advisory Board saw the 40th anniversary of the Atheneum as the perfect opportunity to celebrate and bring attention to this noted building,” said Leslie Townsend, director of Community Engagement and Historic New Harmony. “The generous gifts we received are allowing us to do much needed work on the Atheneum. Since it serves as the Visitor Center, not only for our tour program, but for the community in general, it is visited by thousands of people each year. We are extremely grateful for the support of everyone who gave for this project.”

The Atheneum is closed for the winter months and will reopen Sunday, March 1 with many repairs and upgrades completed:

The maple floors on the first level have been refinished

An important feature of the Clowes Theatre, the automatic door, has been repaired and will now be functional and will open at the end of each film showing.

In addition to the gifts received as part of the Atheneum 40th anniversary this past fall, HNH also recently received a grant from the Efroymson Family Fund to completely update the audio/visual system of the Clowes Theatre. The improvements in sound and visual projection will make this space much more desirable for cultural events like films, guest speaker presentations, conferences and classroom space. The work is scheduled to be completed in March at the start of the tour season, which begins Sunday, March 15.

Additional repairs and renovations will be made over the following years. They include roof and tile repairs, repair and update exhibit cases, refinish wood floors on the upper levels, upgrades to the roof deck, and repairs and cleaning to the Harmonist town model. 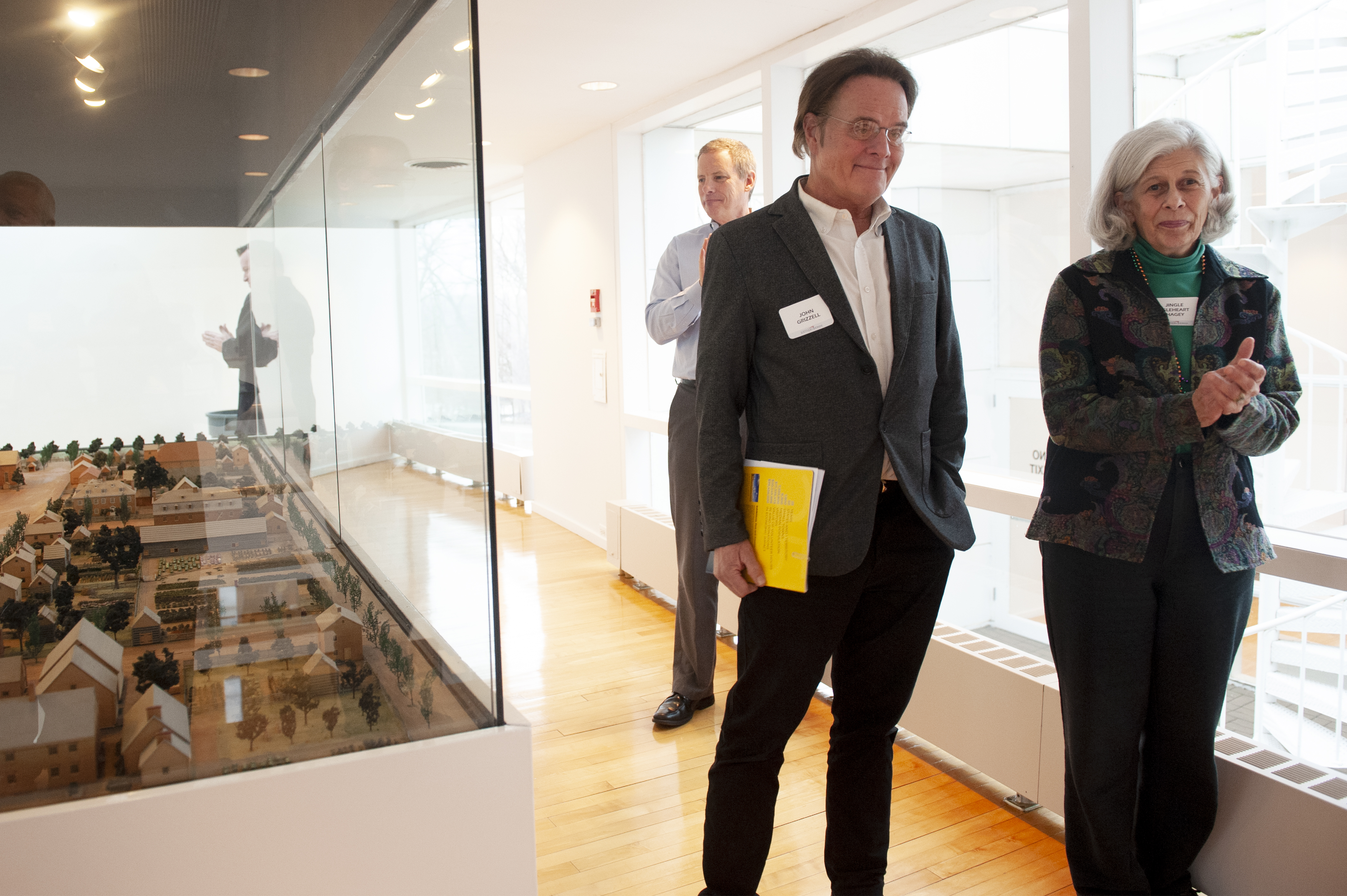 Gallery III of the Atheneum was generously funded by the Elliott Family. This gift is presented in memory of Jane Hickam Grizzell on behalf of her children, Susie Guerra, John Grizzell (pictured) and Betsy Hopkins.