During New Student Convocation, which was pre-recorded and viewed by incoming students prior to the start of the Fall Semester, 24 sophomore and transfer students were recognized for their contributions to USI during their first year at the University. 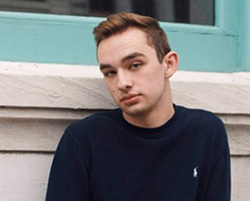 Jackson serves as an ambassador and mentor in the Pott College of Science, Engineering, and Education. He is the treasurer of the Biology Club, secretary of Best Buddies, an AMIGO Orientation Leader and a Southern Indiana Dance Marathon committee member. Jackson was named the 2020 Harolyn Torain Multicultural Leadership Scholar Volunteer of the Year and is part of the Honors Program. 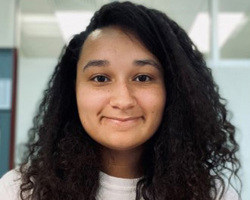 Both a non-traditional student and the first in her family to graduate high school and attend college, Maria has displayed a commitment to education and her personal growth. She serves on the Romain College of Business Student Advisory Board and as a peer advisor for the College’s Advising Center. She is involved in the Career Services and Internship Council, Japanese Club and Honors Program. 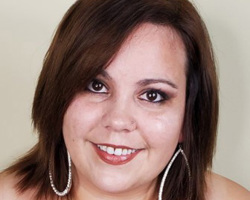 Briana is a non-traditional student with a passion for education. She is a student worker in the David L. Rice Library and is part of the Honors Program. Through her experience mentoring peers in her classes she developed an interest in becoming an educator and plans to pursue her doctoral degree. 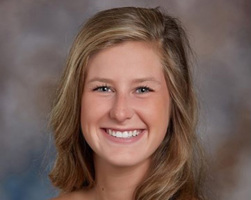 Olivia is an accelerated exercise science, pre-occupational therapy student and a member of the Dean’s List. Throughout her first year at USI she played intramural softball and basketball and balanced three jobs in addition to her demanding academic workload. Olivia is goal-oriented and acknowledges the need to stay focused on her studies to have the job and life she wants. 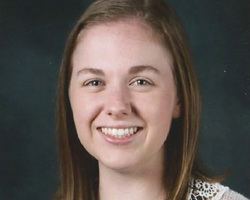 Sarah has displayed her leadership both on campus and in the community through her work as an AMIGO Orientation Leader, a Student Ambassador and an Emerging Leader. In addition to her campus involvement, Sarah serves as a College Advisor for Youth Resources’ Teen Advisory Council, a College Staff member for Youth Resources’ TEENPOWER summer leadership program and volunteers at Good Shepherd Catholic Parish. She also initiated a letter-writing campaign for assisted living homes. 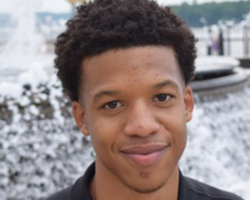 In addition to being a strong student, Zion is a talented artist. From painting murals for schools to building sculptures, his work has been recognized by many. Zion’s greatest recognition came from Black History Month speaker Rayvon Carter. Zion painted a portrait of Carter in under 72 hours that now hangs in a corporate office in Silicon Valley. Zion is involved with the Multicultural Center, participated in a variety of intramural sports and became a member of the USI Cheer team. 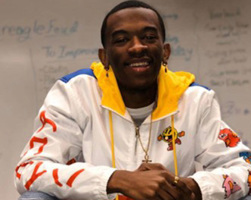 As a first-generation college student, Giovanni knew that college was going to be challenging. Through his involvement with the Multicultural Center’s Collegiate Men of Distinction mentoring program, he surrounded himself with like-minded individuals with whom he shares a similar background and experiences. Giovanni was involved in Live at the Apollo and made the Dean’s List in Spring 2020. 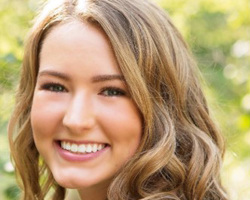 Corrie excelled academically during her first year at USI and was involved in the American Society of Civil Engineers Student Chapter and the Society of Women Engineers. In addition, Corrie was a member of the STEM Living Learning Community, played intramural sports and volunteered to paint houses for Habitat for Humanity. This year she will serve as a peer mentor in the Pott College.

As a freshman member of the USI Men’s Soccer team, Daniel was a significant contributor to the team’s success, playing in 18 of 19 matches. Moreover, Daniel demonstrated strong leadership skills both on and off the soccer field, as seen through his work as an academic coach and quiet study room monitor where he assisted with academic and career planning. Daniel's hard work in the classroom earned him a spot on the Dean’s List.

Isaac is a member of the USI Honors Program and is academically talented. He has a “quiet and humble” form of leadership that was best displayed this spring when USI transitioned to online classes. Isaac contributed significantly to the Honors Program Minecraft project. He quickly became the project's “Lead Architect” and has done incredible work laying the foundation for a virtual USI in the Minecraft world. 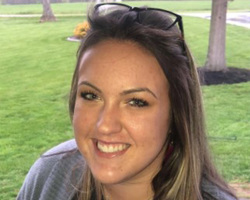 Hayden has shared her passion for USI through her infectious energy, enthusiasm and deep care for other students. On campus, Hayden is a Student Ambassador, AMIGO Orientation Leader and an Emerging Leaders graduate. She actively seeks leadership opportunities to make USI a better place and takes pride in her involvement in Fraternity and Sorority Life. Furthermore, she has served in the Pott College of Science, Engineering, and Education as a peer mentor and as a member of the Student Advisory Board. She was also involved in Timmy Global Health and often volunteers with Volunteer USI. 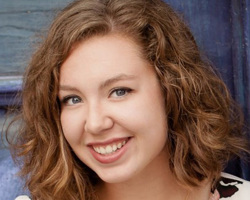 Chloe is a member of the USI Women's Tennis team and has displayed notable selflessness through her athletic and academic involvement. Chloe is a member of the Pott College Student Advisory Board and generously gives of her time, knowledge and enthusiasm for course material to her classmates. Chloe was a regular attendee of events sponsored on campus. In addition, she shares her experiences and joy of tennis by volunteering at her high school’s summer tennis camp. 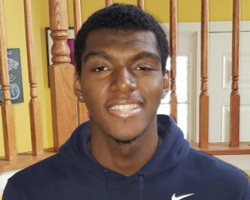 During his first semester, Lee became part of Collegiate Men of Distinction, where he's led many of the discussions and demonstrates strong leadership skills. Lee has volunteered at more than 10 events in the Multicultural Center, accumulating almost 50 volunteer hours as a freshman. Lee is a member of the Black Student Union and the USI Men's Track and Field team. 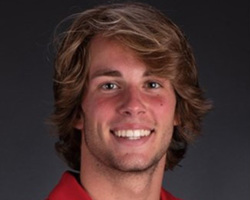 In his first year at USI, Ryan served as a quiet room monitor in Academic Skills and a supplemental instructor in anthropology. He is a member of the Student Athletic Advisor Council, Marketing Club and the USI Men’s Soccer team. He was involved in intramurals as well. Most recently he devoted his efforts to a small business in the St. Louis area that designs personal protective equipment for essential workers. 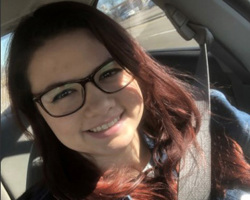 Madison has participated in numerous campus activities and volunteered within the USI community. She is involved with the Japanese Club, which enabled her to grow closer with international students through cooking events and club-promotion initiatives. She is part of the 21st Century Scholars and Honors Programs. Madison continues to play an active role in the Evansville community, volunteering with the Ronald McDonald house and raising funds to purchase N-90 masks and anti-bacterial soap for local businesses struggling to afford the costs of staying open.
Photo not available
Garett Smith
College of Liberal Arts

Garett transferred to USI from Ivy Tech Community College in Evansville in Fall 2019. Since his arrival, he has demonstrated great leadership and genuine care for his classmates, even amidst the spring transition to online learning. Through his words of encouragement and his engagement in class activities, Garett was able to provide significant support to his peers and establish a learning atmosphere that allowed for enjoyable discussion and debates. His greatest accomplishment was balancing everything and positively impacting others. 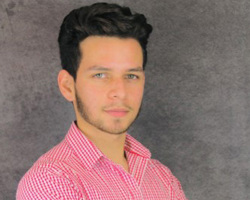 Carlos came to USI on a Panamanian government scholarship and has since served as a role model to his American classmates by setting high academic standards, taking responsibility for his work and accepting various leadership roles in group activities. He is involved in the International Club, Hispanic Student Union, American Society of Civil Engineers and the new Panamanian Association, which he played a role in establishing. He dedicates much of his time toward the efforts of the Multicultural Center and is a Resident Assistant. 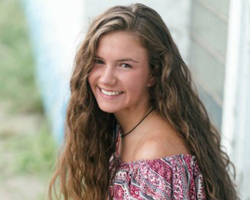 Alaina is a pre-dental hygiene student and made the Dean’s List both semesters her freshman year. She has demonstrated her athleticism and team leadership skills through her participation in a wide variety of intramural sports and volunteers her time at Ozanam Family Shelter and Catalyst Church serving food to families in need. She is a student worker on campus and serves as an after school counselor at Resurrection Catholic School. 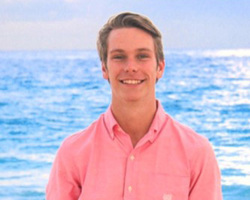 As a native of Bermuda, Elijah faced many challenges adjusting to life in the United States. He adapted well, takes the leader role in class discussions and made the Dean’s List both semesters his first year. Elijah is involved with the Student Ambassador organization, intramural sports and the Multicultural Leadership Scholars program. He is most proud of being selected as one of the Multicultural Center’s Volunteers of the Year. 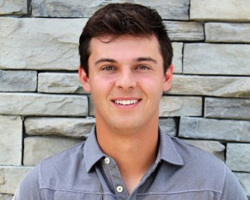 Tyler has displayed his dedication to leadership and excellence through his position on the USI Baseball team and academically. This provided him the opportunity to work in Academic Skills in Spring 2020.  His most recent efforts, however, have spoken volumes of his character, as he has dedicated much of his time to routinely shopping for individuals who have been homebound during the pandemic. From completing grocery lists to providing birthday party essentials, Tyler supported his community and continues to strive for greatness as a student and a leader. 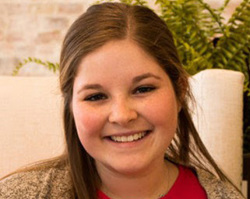 Kennedy is a commuter student who embraces getting involved on campus. During the Fall 2019 Semester, she became a Student Ambassador and lead tours for potential students and their families. Since then, she has been hired as an Undergraduate Admissions student worker, where she helps prepare for campus visits and assists with other administrative responsibilities. She also served as an AMIGO Orientation Leader and as the Student Honors Assembly Freshman Member-at-Large. 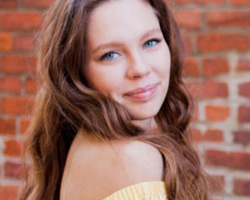 Delaney is a committed member of Chi Alpha Campus Ministry and USI's Activities Programming Board. Delaney volunteers her Saturdays at the Vanderburgh Humane Society walking dogs, volunteers once a month at a local food bank and sponsors a little girl in the Philippines. You may find Delaney working as a barista at the on-campus Starbucks when she’s not studying and giving to others. 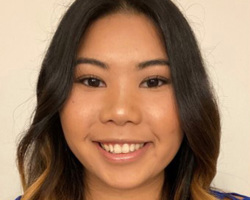 Sabrina is a transfer student who has already begun to make her mark in the classrooms of USI, excelling in her coursework and receiving praise from her professors. Though she keeps busy with her studies, Sabrina often assists other USI students who haven’t made the transition from another institution quite as easily as she has. She recently became a USI Transfer Ambassador and also volunteers her time with the Evansville community by coaching youth volleyball at Evansville United Volleyball Academy. 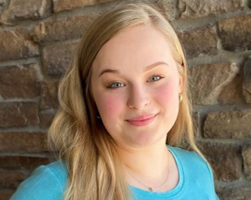 In Jessica’s first year at USI she held student worker positions in the Office of the Provost and the Chemistry Department stockroom, served as an AMIGO Orientation Leader and graduated from the Emerging Leaders program. Through training, team activities and self-reflection, she has grown her leadership abilities and contributed to both USI’s chapter of Timmy Global Health and the Pre-Professional Health Club.
Facebook Twitter Youtube Linkedin Instagram
A Carnegie Foundation Engaged University
×

Images of two of the 24 2020 Distinguished Students