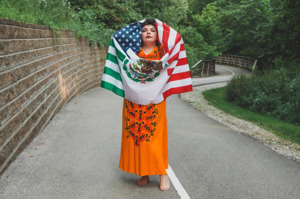 "I am a Chicana," Santos says, "a term that is commonly used to identify a womxn born in the United States with Mexican heritage." (Santos purposefully uses the word "womxn," considered a more inclusive form of "woman.")

"'Porque Siendo Chicana' explains the struggle I share commonly with children of immigrant families. I don't just get to be Chicana during this month [celebrated September 15 through October 15], I am Chicana all year long," said Santos. "It tells a story of how I embrace my roots and provides recognition of the struggles my community has had and continues to have."

For Santos, being part of two different worlds is a struggle. "As a result, you make your own little world," she says. "In my world, you are allowed to enjoy authentic tacos, drink a caramel frappe and jam out to regional music or R&B."

"We [Latinos] are not defined by terms, we are not defined by one sole act and we refuse to be confined as one sole identity knowing we have an extremely broad representation of identities," says Santos. "'Porque Siendo Chicana' means I refuse to let someone define who I get to be or [what I get to] do."

Hispanic Heritage Month is a time of celebration,

but in reality it’s a time of education

We educate our communities on why the culture is significant,

we paint them our efforts and say we are magnificent

it has a deeper meaning, beyond more than how we are viewed

La cultura does not consist of rapists, murderers, and drug dealers,

it consists of doctors, teachers, lawyers, and engineers

La cultura traces back to different parts of the globe,

we carry our stories as seen through wardrobe

La cultura consists of people who are discriminated on a daily,

don’t listen to the media, they say we are evil

My skin may be white in the winter and kissed in the summer,

that’s because Latinos come in all different colors

Latinos don’t have a definite shape or size,

Being Latino means you come from people who have suffered,

But this is why I continue to learn about my heritage,

learning helps me support my friends and family and that's imperative

Which is why I continue to learn because it’s unique to me,

porque siendo Chicana is more than you see

During this time I reflect on my identity,

asking myself the woman I wanna be

I used to wake up every day asking myself do I get to be paisa or gringa,

It’s knowing I come from two different worlds that come in one,

regardless of the rejection, I know I am not done

both countries remind me of that struggle eso nunca faya

My roots are from Guanajuato y Michoacan,

I stand in this country because of an “American Dream”,

remembering on a daily that it is not what it seems

My parents thought they would see a white picket fence,

They were painted a picture with rainbows and wealth,

they were promised a good life with incredible health

Porque siendo Chicana means pulling an entire familia to give them a future,

doing anything and everything regardless of conditions

using it daily to give people a choice

knowing I annoy racists because I won’t stay quiet

It’s a mandated thing for me never just optional

so my immigrant parents have less of a struggle

porque a mi no me cuadra cuando me dicen que “no”

Porque siendo Chicana means I do more than the stereotype,

it’s why I am positive and continue to self-hype

Porque Siendo Chicana significa que I have rules to break,

Porque being Chicana means representing a merge in national histories,

but I stay drinking my frappes you know how that goes

Porque siendo Chicana means I will see half of this country being hispanic in 2050,

Porque siendo Chicana is more than just these words, 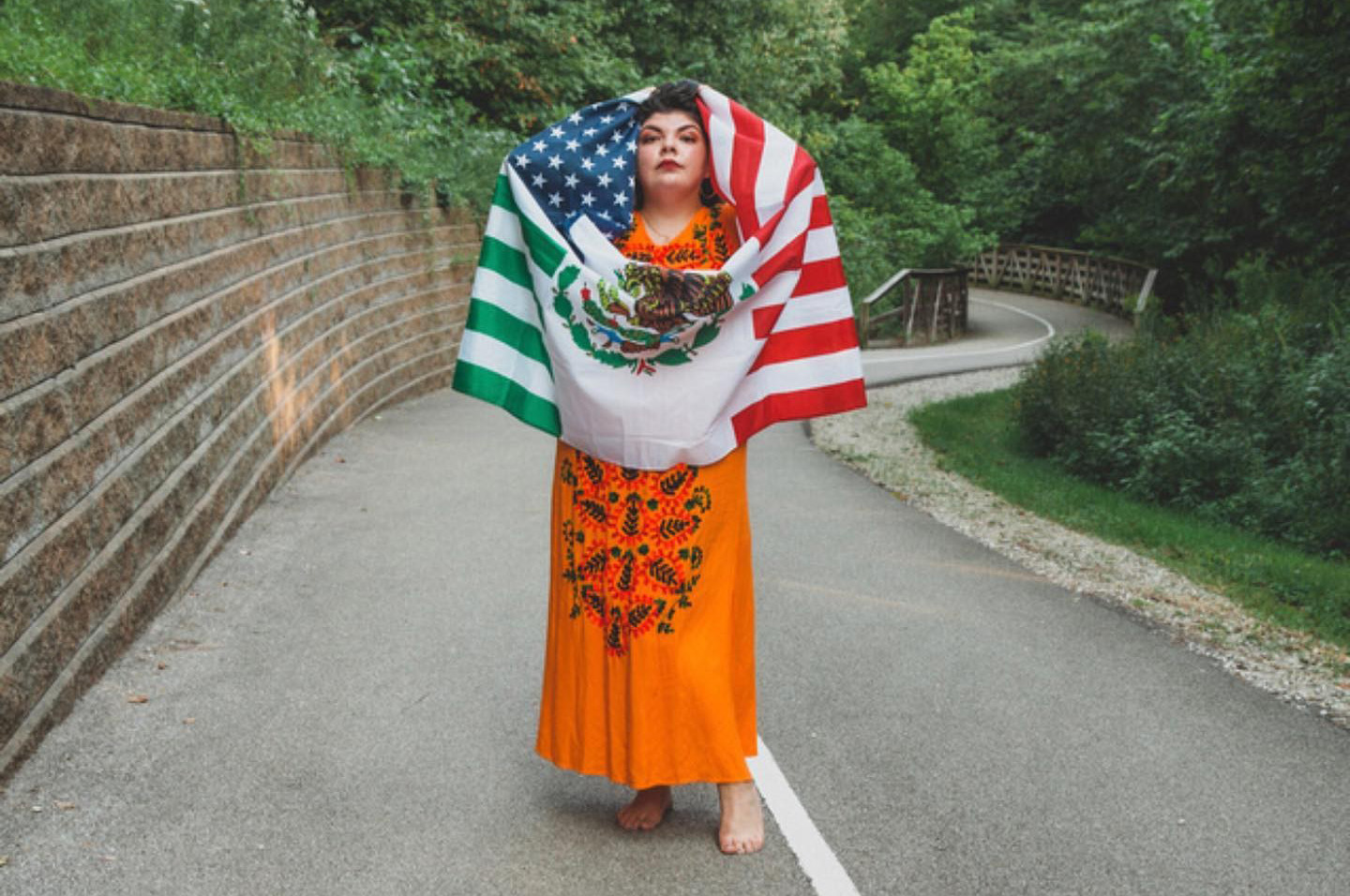 Kassandra Santos showcases her Chicana identity as she holds a flag representing the United States and Mexico.