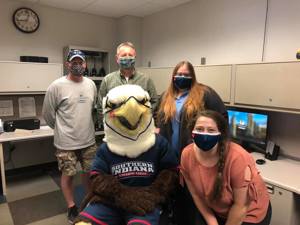 Over the past few weeks, USI Today has highlighted a few of the many Unsung Eagles on our campus – those individuals who worked behind the scenes over the last year to ensure the campus of USI continued on as normally as possible. As we look to celebrate Unsung Eagles Day on Thursday, April 22, we lead this week with USI Public Safety.

If there is one thing certain for the employees of Public Safety, it’s that anything can happen on any day. The crew works day and night, 365 days a year to ensure the USI campus is safe no matter the circumstances. When quarantine started in March 2020, Public Safety responded immediately, and was one of the few entities on campus that truly never left during the pandemic.

With the campus under an authorized personnel only mandate, the staff of Public Safety established a checkpoint along University Boulevard after the roundabout – dubbed Minka II for its small size – and worked with University officials to draft emergency plans for any possible situation that may arise.

One important aspect for them was finding a safe way to make sure contractors working on building projects on campus were able to still get to their worksites.

“We developed a system to get them in,” said Steve Bequette, Director of Public Safety. “We ended up getting lists every day from the contractors of those who were allowed on campus.” 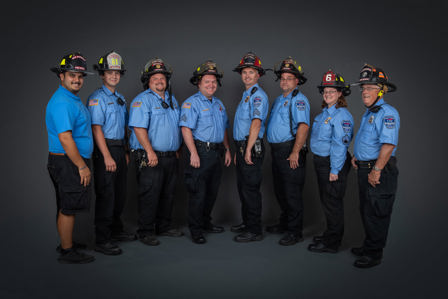 Lists were also delivered from USI's Provost Office, as well as other University officials to help, Public Safety monitor who still needed to come to campus. It was a hefty task, but it was one the officers and staff took seriously and executed efficiently each day.

While it may be easy to say the department’s main focus is safety, there is far more depth to what the employees do. Bequette describes it as three distinct areas – dispatch center, parking department and security.

For those in the dispatch center, they are the initial door into the department where information about a call or situation comes in first. Those in the dispatch center also monitor weather and alarm systems and emergency phones across campus. The parking department does more than just patrol parking lots; they are the liaisons with local law enforcement when it comes to traffic issues. They also work with the Special Events and Scheduling Services staff on campus to ensure needed parking spaces are blocked off and access to assistance traveling to any area of campus for those in need is available.

Finally, of course, is the security aspect of the department, from writing up security and emergency plans for campus to teaching self-defense classes and patrolling campus, Many of the officers who serve in Public Safety are EMTs, bringing to the job their medical knowledge which can be invaluable in certain situations. Recently, the actions of Matt Gabrielli exemplified how that expertise can save lives. 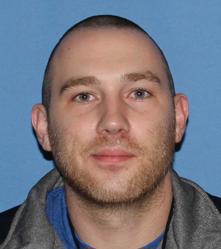 In early April, Officer Gabrielli overheard an emergency call from a residence just off campus involving an unconscious 16-year-old male who possibly overdosed. Answering the call, Gabrielli assessed the young man and administered Narcan to help him regain consciousness before he was transported to a nearby hospital for treatment. Thanks to the quick response by Gabrielli, the 16-year-old has recovered.

“He backed up the Deputy who told me he did an excellent job and saved the young man’s life,” said Bequette. “We have some very talented, very good EMT personnel. A lot of people also come from a fire department background. They’re all very proud of that.”

Through it all, what motivates the officers and staff of Public Safety is the University. While they mostly operate under the radar daily without many sparing them a second thought, Public Safety continues its dedication so that faculty, staff, students and visitors feel safe coming to work, to class or just to spend a little time on our beautiful campus.

“I take it personally. We’re always striving to get ahead of things before they happen,” says Bequette. “There’s not a day that goes by where we aren’t constantly monitoring law enforcement reports and things that are occurring. And we can never stop. We do this daily. The saying is ‘Risk never sleeps.’”

He added that the department is only as strong as its weakest link, and he believes all those serving in Public Safety are strong links in the chain.

“I’m just indebted to each and every person on the Public Safety staff,” he said. “We come to work every day trying to keep campus safe.”

We thank the entire staff of Public Safety for going above and beyond not only during this unprecedented time, but as the University of Southern Indiana moves forward. We encourage all those on campus to thank Steve and his staff as well as other Unsung Eagles who have worked tirelessly behind the scenes at USI.
Thank you, Steve and Public Safety! 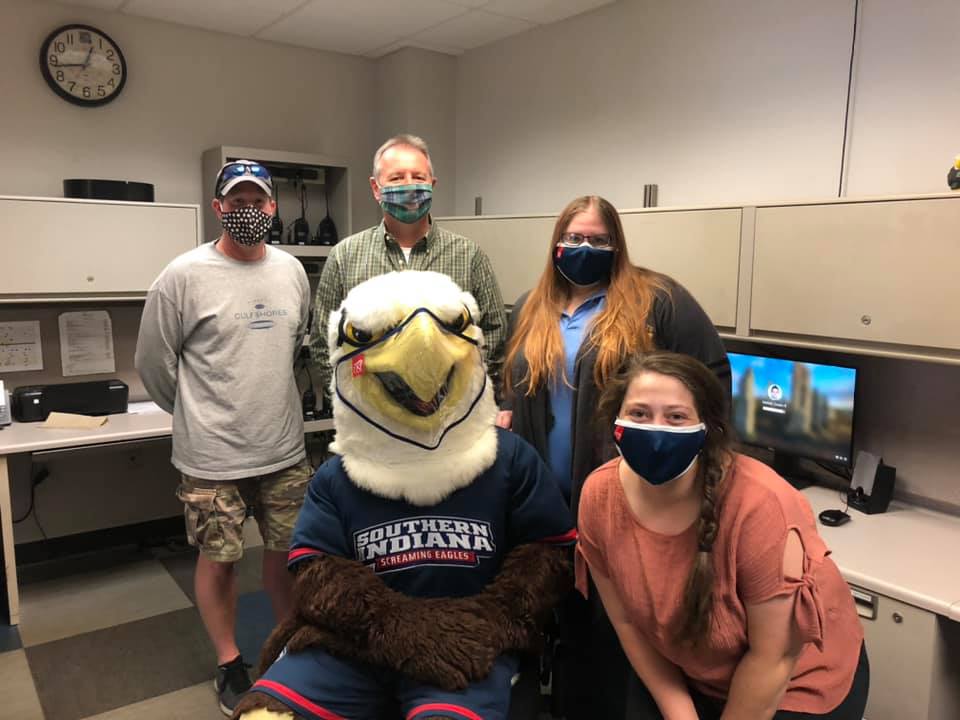