Lois M. (Stallings) Welden ’94 M’01 D’14, a clinical nurse specialist with more than 40 years of nursing, research and leadership experience, is the 2021 recipient of the University of Southern Indiana Distinguished Nursing Alumni Award.

“Lois is an outstanding mentor for nursing staff at all levels, sharing knowledge and critical thinking skills in a calm, compassionate and easily approachable manner,” wrote one of her award nominators. “She educates on the importance of using nursing research and evidence to support practice changes to improve nursing care and patient outcomes. She is a nurse who exhibits passion for the nursing profession by being a role model and encouraging others to strive to improve and develop themselves.”

Welden, one of seven children, was born in Indianapolis and raised on a farm in north central Indiana. When she was only 15 years old, she applied to work as a nurse aide at Clinton County Hospital in Frankfort, Indiana, with the intent to earn tuition and room and board money while attending a Christian high school and college that was a few hours from home. When she was denied employment because of her age, she returned three months later at the age of 16 to speak to the Director of Nursing, who abruptly said, “I will not hire 16-year-olds because they are not dependable!” Welden immediately reached out to her teachers and others to obtain letters of recommendation, and she continued to regularly call on the DON to give her the letters as they came in. “She finally gave up and hired me, saying (while pointing her finger at me) that she would train me herself!” said Welden. “She was an old Army nurse whose uniform was heavily starched, and she had a stern, no nonsense look that was quite intimidating, but I refused to be diverted. I was determined to show her I was dependable.”

This young farm girl with no prior nursing experience embraced the various tasks she was given at the hospital which set the stage for her future career. “While working as a nurse aid there, I realized the joy of caring for patients and that I could be instrumental in alleviating their pain and providing comfort,” she said. “Growing up, I thought I wanted to be a missionary, but with my exposure working as a nurse aide, I knew I wanted to be a nurse.”

In 1979, when her four sons were age 7 and under, she made the decision to begin the nursing program at the University of Evansville while working full-time as a nurse aide at Deaconess Hospital, Evansville. “The hospital made a difference in my life,” she said, recalling the tuition support offered by Deaconess to earn her associate degree in nursing. “They believed in their employees and believed in me. After I graduated from UE, I had other job offers, but I felt like I had something to give back to Deaconess, so I started working as a staff nurse in the cardiac intensive care unit there. Deaconess has also been supportive of the other nursing degrees (bachelor, masters and doctorate) I have earned.”

Throughout her career at Deaconess, she has held the titles of assistant head nurse and department director, and today, at age 70, she still currently works full time in nursing leadership as a clinical nurse specialist in the Deaconess Magnet Program and Employee Education Department.

She has also served as adjunct faculty at USI since 2015, teaching online Clinical Synthesis and Nursing Informatics over the years.

Welden credits USI faculty for her decision to become a nurse manager. “They knew I had high standards,” she said. “One day, I was walking on campus with two of my instructors, and one of them said, ‘Look at your hands. Imagine if you could influence 80 to 100 nurses to give the same care that you do?’ I had four kids … I wasn’t interested in the manager job, but what they said got me thinking. I’ve been fortunate to hold positions to influence nurses to provide excellence in nursing care, use evidence-based practice and be involved in research.” 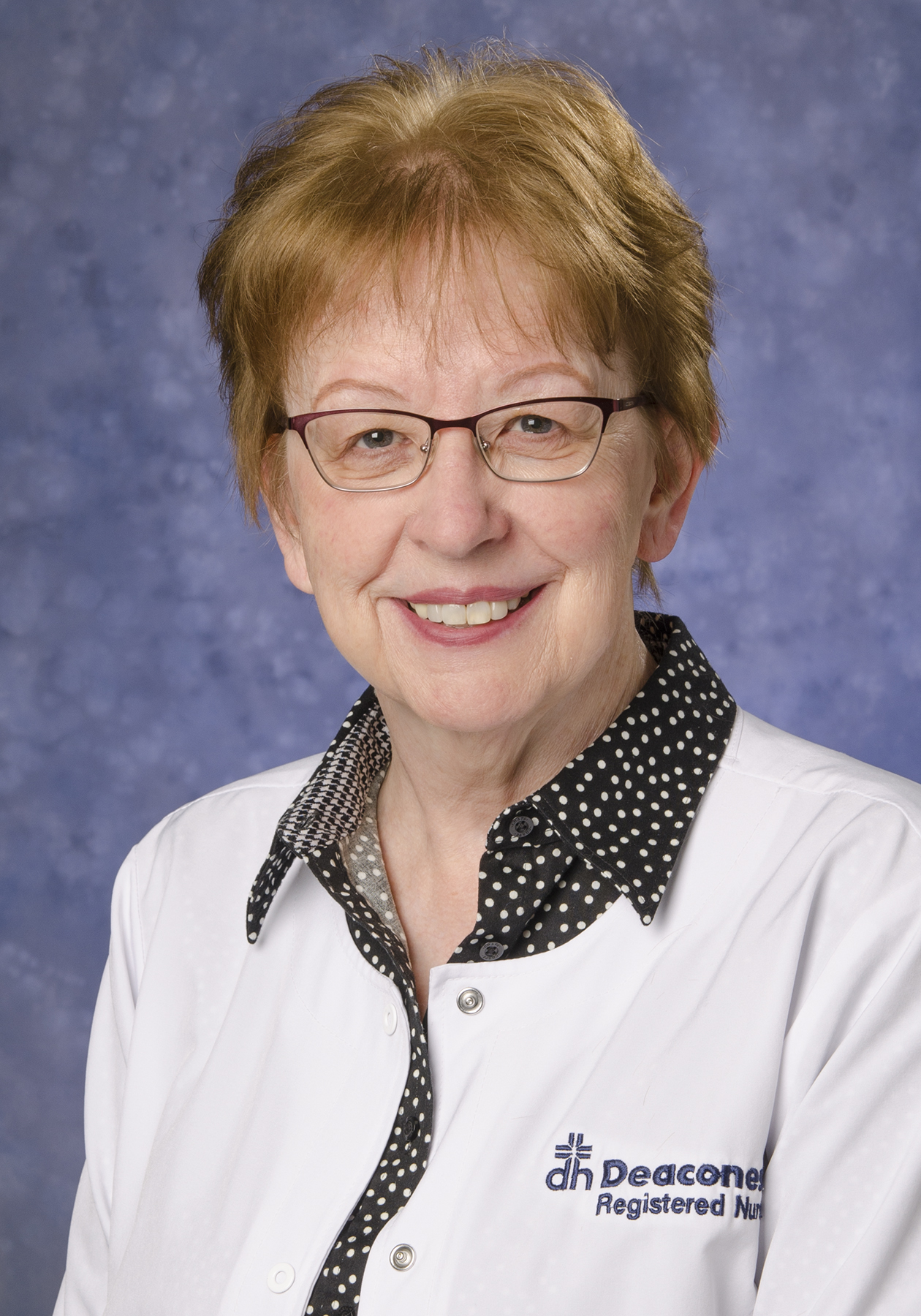