On Monday, February 7, the University of Southern Indiana Board of Trustees, after careful review and consideration, gave approval for the University to make formal application to the NCAA for reclassification from Division II to Division I athletics. The vote was unanimous, 9-0.

“Indiana is my home state. Evansville is my hometown. The University of Southern Indiana is my alma mater. I can’t imagine my life without their influence,” said Ron Romain, USI Board of Trustees Chair. “I believe we have a duty to be forward thinking, to embrace change and to make our community and the state better. The unanimous vote of this Board indicates how strong support is for this move.”

The decision comes after months of deliberation by the Board and substantial input from the University which began in Fall 2021. As part of the exploratory process the Board received the results from across the campus community of an internal survey, which included more than 2,200 responses. Additionally, the Board received a report from the DI Exploratory Committee made up of 25 individuals representing the USI governance bodies, faculty, staff, students, alumni, student athletes, coaches and community members. The report was based on the NCAA Readiness Assessment which serves as the foundation for a strategic plan should an application be made by an institution to be considered for DI membership. Finally, the Board received information from external consultants on the national landscape in intercollegiate athletics, including conference realignments, the NCAA Constitutional Convention and their observations as experts in these arenas.

“In our 56 plus year history, there have been many firsts. Our founders envisioned public higher education for our area and brought it to life in 1965,” said USI President Ronald S. Rochon. “Today, in 2022, USI envisions a future that includes competing at the highest level of athletic play, Division I. This move will serve to elevate the University athletically and academically. This is a proud moment for this institution; for our students, faculty and staff; for our more than 47,000 alumni; and for this community and the State of Indiana.”

Rochon said this move was initiated when Division I conference officials sought out the University for inclusion. The move is also aligned with the University's strategic plan goals of promoting USI to a national stage. “This move is directly tied to one of our stated strategic plan goals of elevating the University’s visibility and reputation,” said Rochon. “We have a long history of forward thinking and bold leaders and initiatives that have brought this institution to where we are now. Today’s decision marks one of the most daring and significant moves for the University since achieving its independence in 1985 as a statewide institution.”

USI has competed in the NCAA Division II Great Lakes Valley Conference since 1979. The Screaming Eagles have been a competitive member of the GLVC with a winning history, including 10 individual and four team national championships at the DII level. USI student athletes have a proud tradition of academic excellence and Academic All-American status across all sports. With the addition of Swimming and Diving in Fall 2022, USI will have 19 varsity sports competing at the DI level.

“We have a proud tradition in the GLVC as a founding member and have appreciated our strong partnership with conference leadership and the schools we have competed against in this conference,” said Jon Mark Hall, Athletic Director. “Our success in the GLVC has allowed us to consider moving to Division I play, and we are excited about the opportunity to compete at that level.”

The next step will be for the University to be invited by an NCAA Division I conference. The University will be finalizing discussions with a potential conference partner in the coming days and a public announcement will be made. After a conference partner is determined, the University will then a make a formal bid for reclassification within the NCAA prior to a June 1 deadline. Upon acceptance, the transition process takes four years to complete. USI would begin competing in a Division I conference at the beginning of the 2022-23 academic year and would leave the GLVC at the end of this academic year. Although USI may be eligible for conference championships during the four-year transition, the University would not be eligible for NCAA championships.

The move to Division I athletics will require additional funding including application fees, additional staffing and athletic scholarships. The University plans to meet those needs through student fees phased in over time, as well as donor support. Rochon has announced that generous donors have already committed $1.5 million in leadership gifts. He also committed to a 3% pool for employee raises beginning July 1, 2022, for the 2022-2023 academic year.

“I challenge all of those who support this University and this community and want to make them even better places, to join me in making a wise investment—to support this effort to enhance the reputation and visibility of USI and our community,” said Romain. “I understand that supporting athletics may not be for everyone, and the foundation of this great institution is academic in nature, however, we believe this move to Division I will advance USI on all levels.”

A formal capital campaign is in the planning stages and the University will seek to mirror, dollar for dollar, funds to support both academics and athletics.

Supporting information about the University’s exploration of the move to Division I can be found at www.USI.edu/explore-DI. 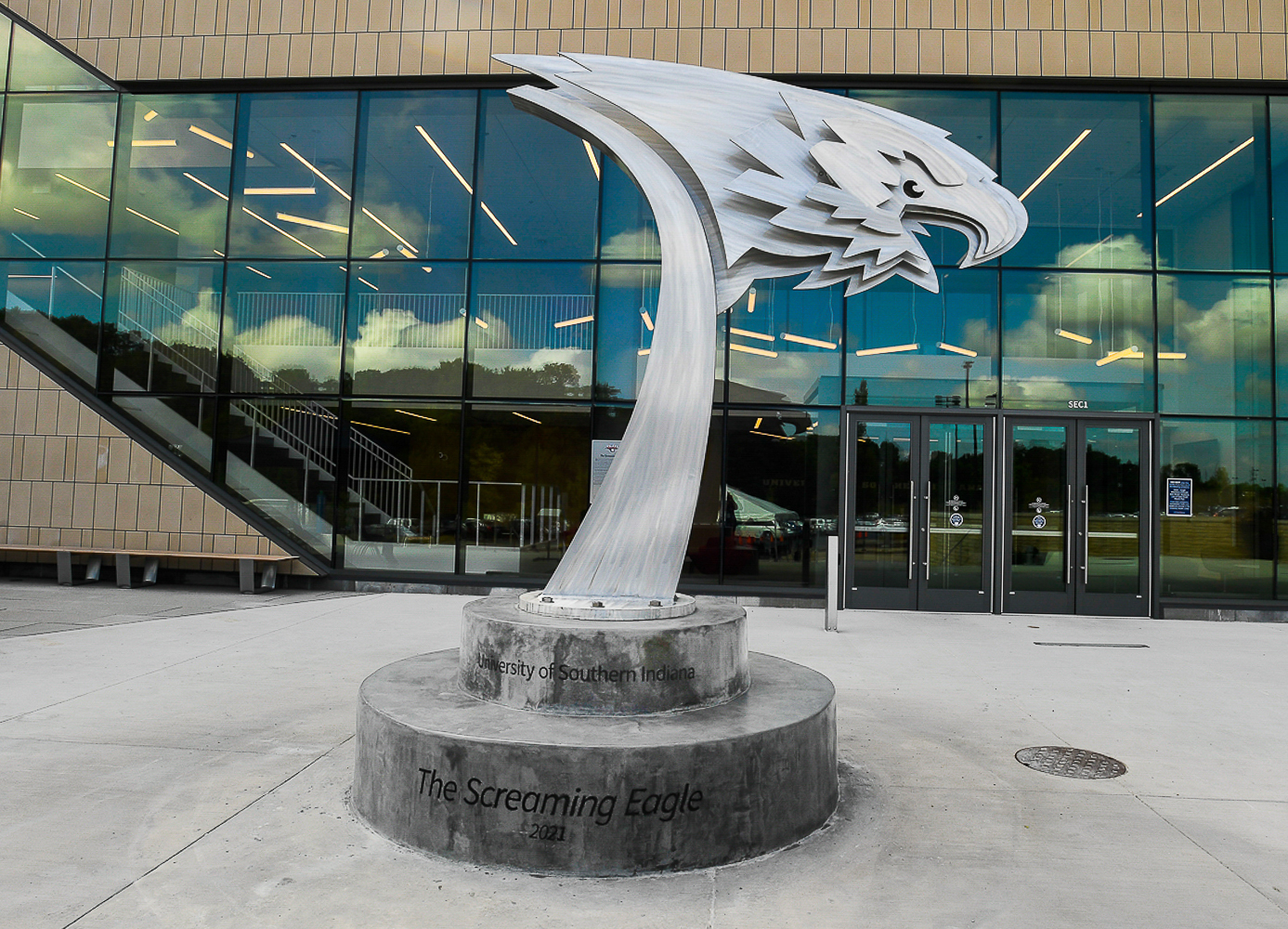