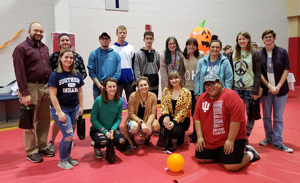 On a late Monday afternoon, around 40 first-year students silently hover over worksheets in the lower level of Rice Library. They’re finishing a series of exams, and though their scores won’t affect their GPAs, they may still have a big impact on their college experience.

The students, who move around the room to discuss their results in small groups, aren’t earning credit for sharing their coping mechanisms. Instead, they’re building important life—and University—skills through USI’s Emerging Leaders program.

“We provide different opportunities for them to be exposed to campus, explore Evansville with a community service project and do some other leadership programming,” explains John Race, senior program coordinator with Student Development Programs. 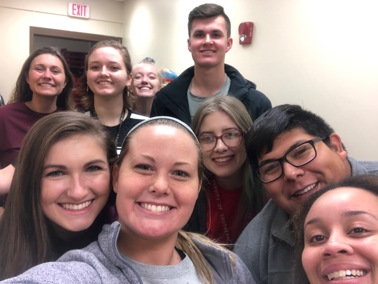 “I enjoyed high school a lot, and I think a large part of enjoying high school was the way that I was involved and had leadership roles and was active,” says Lauren Pilkington ‘22, radio and television. “I wanted to continue that as I went into college, and I knew that joining things [like Emerging Leaders] and having that community was what was going to help me enjoy college.”

“I just wanted to get better at being a leader so that I can do better in my career and be better as a person,” adds Brandon Turner ’22, biology (pre-dental).

Turner and Pilkington are being guided by Race, a program assistant and six student mentors like Emerging Leaders alumni like Colton Sanders ’20, political science and philosophy. “I enjoy doing it because I enjoy seeing people reach their full potential. I like seeing people learn how to embody this leadership role,” Sanders says.

He knows how beneficial the program can be, especially for students like him who are introverts. “I think it really taught me how to put myself out there and not be afraid to show people who you really are. I think that’s what this program does best,” says Sanders.

He and his fellow mentors facilitate discussions on everything from career plans to student leadership and connect first-year students with representatives from offices and organizations around campus to highlight opportunities and services available at USI. 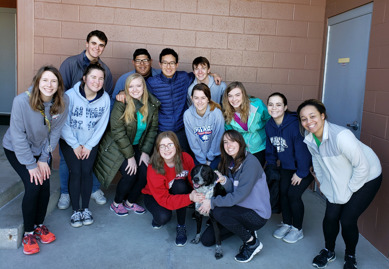 “We don’t just want them listening, we want them to apply and get involved on campus,” Race says. “A number of them [Emerging Leaders graduates] we’ve seen that are juniors and seniors are on the executive boards of the larger student organizations. They are part of Student Government Association, they’ve been Resident Assistants and AMIGOs.”

“The coolest thing is when I’m collaborating with another organization that I’m not a part of and the leadership role is [held] by someone that I graduated with in the program,” says Sanders. “Even when you’re just walking, you’ll see two or three people every time that you graduated from Emerging Leaders with, so it just connects you with the campus more.”

After 12 weeks of training, networking and bonding, Pilkington and Turner, along with their Emerging Leaders classmates, are preparing to complete the program on Monday, April 22. It’ll be a few years before they walk across the stage at commencement, but this graduation is a powerful step in the right direction. 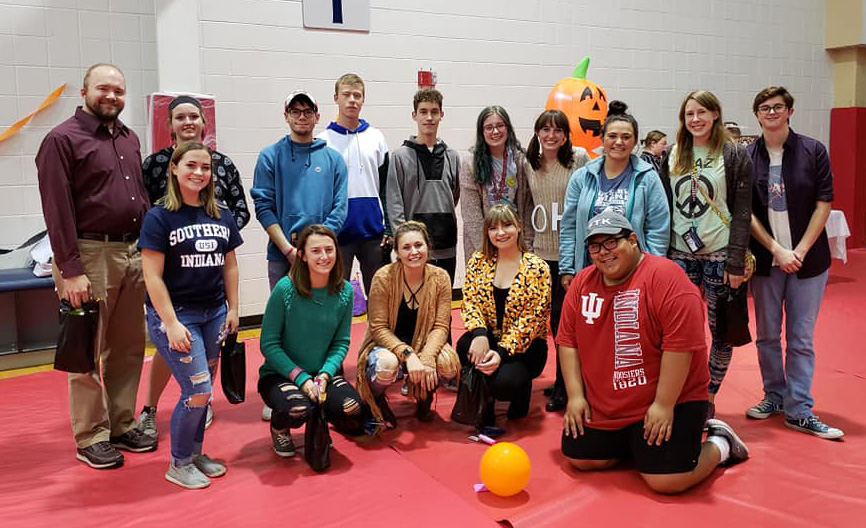