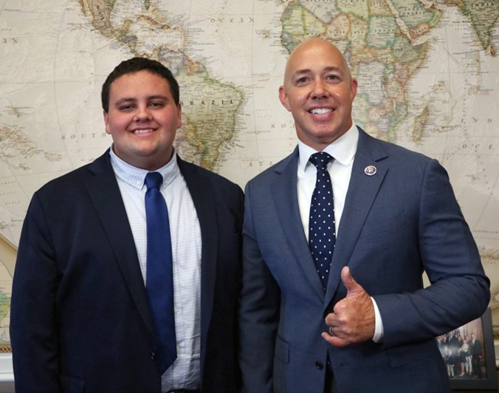 “I just want to do something that makes the world a better place.”

Tommy Kautzman — current political science major and public relations minor at USI — may not yet know the trajectory of his future career in politics, but that does not stop him from seizing every opportunity possible to advance his knowledge and experience in his field. This past summer, Kautzman worked as a Digital Communications Intern for the Office of Congressman Brian Mast in Washington, DC. Kautzman would like to preface the discussion of his internship by stating that working with the Office of Congressman Brian Mast was an excellent professional opportunity and the opinions and values expressed by said office do not reflect his own.

Although working in the nation’s capital may be intimidating to some, this was not Kautzman’s first internship in Washington, DC. In fact, Kautzman learned about the Digital Communications Internship through a connection he had made in a previous internship working for the Office of Indiana State Senator Mike Braun. Not only was Kautzman resourceful in securing yet another internship in Washington, DC to gain more hands-on experience, but the Digital Communications Internship did not provide housing, so Kautzman had to secure housing on his own. Ultimately, he was able to stay in a dorm at the Catholic University of America. 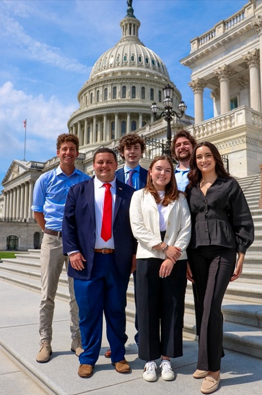 Some of Kautzman’s responsibilities as a Digital Communications Intern for the Office of Congressman Brain Mast were keeping up with current events, understanding the office’s political goals, and creating digital content tailored to the office’s political views. Some of the content he was in charge of creating included social media captions, tweets, and graphics.

“I really learned how to use Adobe Photoshop in design and gained a better understanding of the software,” explained Kauztman. “Overall, I definitely had the ability to strengthen my graphic design skills, writing skills, and was able to connect with professionals in the realm of communications.”

When reflecting upon how his experience at USI thus far has contributed to his success outside the classroom, Kauztman specifically recalled Advertising 101 with Dr. Summer Shelton. He elaborated on how Dr. Shelton is not only a true inspiration to her students, but how her course helped lay the framework for a lot of the concepts he has encountered in his real world experience.

Finally, Kautzman encouraged anyone considering studying abroad or working for an internship in a new place to seize the opportunity. “The feeling of getting ready to go can be really overwhelming,” he admits, "but you just have to learn to be comfortable getting uncomfortable and remember the reason you want to do it. Then everything will work out with time.” 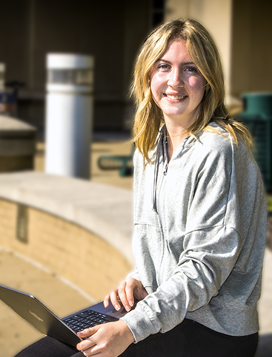 Moore digs up success at USI

Newburgh, Indiana, native and Castle High School graduate Keira Moore ‘26 is taking on a new challenge competing at the Division I level for the University of Southern Indiana Women’s Volleyball team, but she's no beginner when it comes to competing at a high level. Her love for the game and dedication in the classroom are paving the way for future successes at USI and beyond.
Read more...

It's hard to miss the changes that have been happening on USI's website! The University Web and Digital Content team, which has handled the project, shares information on the move and what to expect as pages continue to be moved and updated. Read more...

USI partners with local organization, HOLA, and others to deliver leadership series 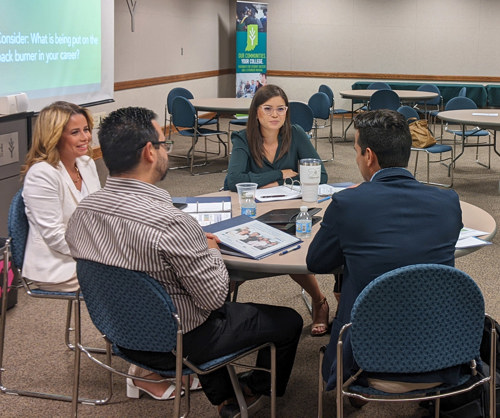 The LPD Series is designed to provide participants with leadership and advocacy skills to shape organizational culture. The series itself consists of various faculty members from the three participating universities, as well as a keynote speaker, presenting on key professional topics such as organizational leadership and financial competency. It is made up of six, one-day sessions held over the course of one year with USI, UE and Ivy Tech each hosting two sessions.

“The Latino community is really thriving in southwestern Indiana. They are our students, parents and workers,” says Dr. Trent Engbers, Associate Professor of Political Science. “Investing in this community is good for everyone involved. USI benefits from continuing our support of engagement with diverse communities, and the local economy benefits from workers with shared values and expertise.”

Engbers and Dr. Sally Vogl-Bauer, Associate Professor of Communications, have been selected to present for USI’s portion of the LPD series. USI hosted the most recent session on September 16 covering managing change, conflict resolution and crisis management and is set to host the upcoming session on October 21 on financial competency. 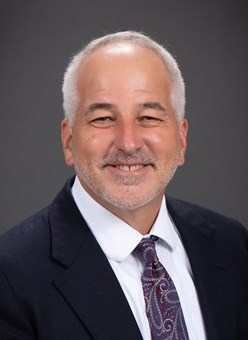 A Word From the Dean

Last month, the Art & Science Group, which conducts market research in higher education, released a new study, “The Liberal Arts . . . Is That Still a Thing?”  Chief among the findings:  prospective students do indeed struggle to conceive of the liberal arts as “a thing,” which is to say that they have difficulty defining the liberal arts.  It therefore stands to reason that if prospective students can’t exactly say what a liberal arts education is, they would also have trouble articulating its value.  Numbers from the survey bear that out: seventy-seven percent of respondents indicated that the best education was one that “directly” prepared them for a job, while only 43% of those surveyed agreed with the proposition that a liberal arts education was best for them—and 20% flat-out disagreed with the proposition.

We’ve long known that we have a branding a problem in the liberal arts—no argument there.  We need to work on that and do better.  But let’s unpack the notion that “the best kind of education is one that directly prepares students for a job.”  Supposing that is so, how do the liberal arts measure up? If we take into account that most liberal arts students are encouraged to do internships and many do, I would say the liberal arts already measure up pretty well. In other words, as a liberal arts major, you can literally get mentored on-the-job training!  Add to that the fact that, according to a recent Forbes Magazine survey, the top 5 in-demand skills that employers seek are staples of a liberal arts education.

Other qualities employers look for include critical thinking, self-examination, public speaking, vulnerability and authenticity, and DEI experience—again, all topics covered in the liberal arts curriculum.

So there. It took little more than a minute to refute the notion that a liberal arts education doesn’t prepare students for jobs. So why we do seem to have trouble convincing others of that? How do we address our messaging problem? Lately I find myself sometimes thinking of our college as the “College of People Development,” because that’s what we do: we develop people, help them grow and learn in all those aforementioned ways listed above. I also try to do so by finding and telling stories about the cool things that liberal arts graduates do in practice. Arguments like the one above may be logically sound, but too often they meet with resistance, and beyond that, arguments aren’t “brands.” Stories, on the other hand, are about people, about the way that they grow and develop and do things that are surprising and admirable, so they sneak around the logical counterarguments a little more effectively. What is your liberal arts story? How does what you learned as a liberal arts student show up in your daily work and in the long arc of your career? Be ready to share next time you hear one of those dismal reports asking if the liberal arts is still “a thing.”

USI Theatre Performance
October 20 - 23, 2022
USI Performance Center
The Importance of Being Earnest
Get your tickets here